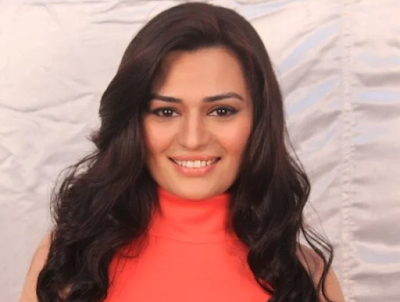 * Celebrities such as actors Renee Dhyani and Kriti Verma (Dada Saheb Phalke award winner) join Explurger, a ’Made in India’ social media app,  for the world to connect

Explurger, India’s very own home-grown social media app saw over 50,000+ downloads within the first week of its launch. People from more than 50 countries are now on Explurger. Indian celebrities such as Renee Dhyani and Kriti Verma have also started Explurging on the app and have even appealed to their respective followers to support the Made in India app.

Renee Dhyani, Actor & TV Personality, says, “Explurger is a new-age social media app that is revamping the way we travel and socialize. The app offers quirky features for us millennials, and I feel immensely proud to see Indian entrepreneurs taking the lead. It is time to go Atam Nirbhar and embrace Indian.”

Renee Dhyani is an Indian Television actress and personality, who participated in MTV Roadies and the reality TV show Big Boss. She is also known for her roles in TV shows such as Kasam and Yeh Teri Galliyan.

Actor Kriti Verma who is also a GST officer and Dada Saheb Phalke award winner, says, “Explurger is an Indian app that is revolutionising the way we socialise, travel, and the way we connect. It has made our social media life more fun with its amazing features. It’s a big moment to see Indian entrepreneurs taking the lead. Let’s go Atam Nirbhar  and download Explurger now!”

Jitin Bhatia, Founder, Explurger, says, “Explurger is our gift to the world from India. It’s proof of India’s IT power and the spirit of innovation. I hope it puts our nation among the top app creating countries in the world. I am full of gratitude for people who have accepted Explurger. And I request everyone to download it and spread the word, so that the world connects on Explurger. Many celebrities have already made their accounts on Explurger, but it’d be even more special to have our dear PM Modi, US President Trump and Mark Zuckerberg Explurging.”

Built on revolutionary Artificial Intelligence, Explurger is available for download across both Android and iOS smartphones. Besides India, users from 50+ countries have already downloaded and signed up on Explurger, including from the USA, the UK, Germany, South Africa, Australia, the UAE, France, New Zealand, among others.

About Explurger, The New-Age Social Media App ‘Made in India’

Explurger allows you to celebrate your life with friends and family like no other social media app does. It empowers you to go beyond check-ins and the obvious. As you share pictures and videos, the AI of this sleek app automatically creates a Travelogue for you, keeping a count of the exact miles, cities, countries and continents you travel to. What’s more? You can even create a Bucket List of places you wish to visit and share your future travel plans with fellow Explurgers.