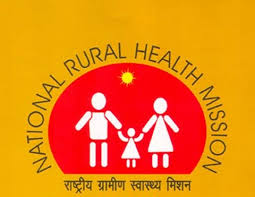 * Regulations on manufacturing, distribution and sale of non-virginia tobacco can enhance Government revenues in the range of Rs 35,000 Cr – Rs 40,000 Cr protecting health of youth

Shram, a self-help group working in collaboration with doctors and professionals working in the field of health and education to build awareness against tobacco and alcohol abuse, appeals to Dr. Harsh Vardhan, Minister of Health & Family Welfare and Smt. Nirmala Sitharaman, Minister of Finance to regulate the unorganized manufacturing, distribution and sale of smokeless and other non-virginia tobacco in India to curtail its widespread consumption, protecting health of citizens  and bring it under a taxation structure.

Smokeless tobacco in India is currently used majorly for unorganized manufacturing of chewing tobacco, gutka, pan masala variants, zarda and others. These products are widely available and consumed by the poorer section in India due to their affordability and accessibility in the absence of any regulations and taxation. According to a study published in BMC Medicine, India accounts for 70% of deaths globally caused due to chewing of smokeless tobacco. The need for regulations to curtail their use is even greater during COVID-19 as this variant of tobacco is mostly chewed and spat thereby aiding the spread of the virus. The requirement for regulations is driven further by the fact that India, as per the research, is a hotspot for smokeless tobacco consumption.

While India has an expansive set of rules and laws to restrict and regulate tobacco used in cigarettes and cigars at par with international norms, smokeless tobacco products and variants do not fall under this umbrella despite being 85% of the tobacco grown in India across 15 states. This largely unorganized and unregulated sector sees consumers of all age groups with the average age of tobacco consumers being as early as 17.4 years, according to Global Adult Tobacco Survey. The survey also found that close to 30% of tobacco users across India used smokeless tobacco yet this remains a sector away from the purvey of any rules and regulations.

The debilitating state of the smokeless tobacco sector demands a regulatory structure akin to that in place for other tobacco products. If smokeless tobacco is traded or processed through auction platforms governed by the Tobacco Board of India or via APMCs then it will ensure fair pricing and ample taxation. Regulations will also ensure that manufacturers do not evade taxes in this highly unorganized sector.

Placing an appeal for introducing a regulatory framework for trading of smokeless tobacco, Dr. Pranasmita Kalita of Shram said, “Smokeless tobacco industry in India is majorly an unorganized sector that sees producers, manufacturers and distributors take advantage of it being outside the ambit of any regulatory or taxation structure. This has led to wide exploitation of labour and massive tax evasion. The need of the hour lies in putting in place the government taking into account this crisis and introduce policies and laws to regulate and ensure legally taxed trading of smokeless tobacco and its products. Suitable taxation on non-virginia tobacco can bring in revenue to the Government in the range of Rs 35,000 crores to Rs 40,000 crores approximately.”

Steps to tackle the sale, manufacturing and production of smokeless tobacco is of utmost importance now, during COVID-19 as products derived from this category of tobacco are chewed and spat instead of being swallowed or breathed in. A definitive regulatory policy and subsequent taxing can play a hand in curtailing its widespread consumption.

Posted by editor-manu-sharma at 4:29 PM