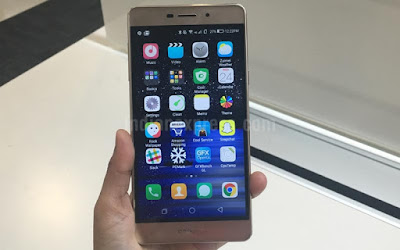 * Indians consider audio quality as one of the most important factors in their next smartphone purchase with a score of 66 out of 100, followed by battery life at 61, and camera at 60

As per a new study by CyberMedia Research (CMR), Indian Consumers are now prioritising audio quality as a key smartphone purchase driver ahead of camera and battery. In fact across all parameters one in every four users have stated audio quality as the most important factor while selecting their smartphone. For the first time ever, consumers are more tuned into ‘audio quality’, possibly driven by long hours spent alone in a homebound economy. In doing so, they are also seeking better, immersive experiences.

“Given the advancements in smartphone camera and battery, I believe consumers are mostly satisfied with industry-leading innovations therein. On the other hand, in the current homebound economy, consumers are getting more aware, and paying more heed to audio quality. As such, they are putting it on priority for the neo normal, from a communication and content consumption point of view,” said Satya Mohanty, Head-Industry Consulting Group, CMR.

According to Prabhu Ram, Head-Industry Intelligence Group, CMR, “These interesting study findings provide us with a basis to better understand evolving consumer aspirations around smartphone audio. Consumers are now seeking infinitely better and immersive listening experiences, whenever and wherever they go. Across use cases, ranging from OTT consumption to mobile gaming & even UGC, consumers seek more high-quality sound. This is where brands with industry-leading innovations, such as Dolby, will stand to shine and fulfill consumer aspirations.”

India loves to binge watch on video streaming platforms, cutting across genres, including episodic content and user-generated video content on social media. In the midst of the pandemic, OTT platforms are benefiting from increased viewership, as well as new subscribers. Amongst the three cohorts, Digital Natives tend to spend more time on OTT platforms & rate audio as the most important factor considered while buying their current smartphone.

Here are some of the most interesting study findings:

* Audio quality matters. Indians consider audio quality as one of the most important factors in their next smartphone purchase with a score of 66 out of 100, followed by Battery Life at 61, and Camera at 60. Smartphone users consume audio mostly through

* Five in every eight users (62%), use audio during gaming. 72% of those users are satisfied with it.

* Indians more tuned to audio problems. Three in every seven users face some problems in smartphone audio on a regular basis. Problems faced include

The CMR study titled “What Audio Means for Indian Smartphone Users?” is based on a digital survey covering 1012 respondents, across six cities of India, namely New Delhi, Mumbai, Kolkata, Chennai, Hyderabad, and Ahmedabad, covering the age groups of 18 to 40, and socio-economic levels of SEC A and B. The study was conducted in early to late July 2020.

For results based on a randomly chosen sample of this size, there is 95% confidence that the results have a statistical precision of plus or minus 3% of what they would be if the entire population had been surveyed.

To know more, and download the report, visit www.cmrindia.com/shelf

Posted by editor-manu-sharma at 4:35 PM