How AR and VR is Changing the Museum Experience? 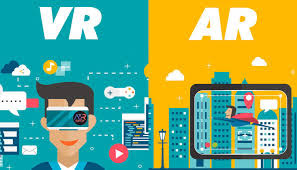 Have you ever wanted to explore an ancient pyramid in Egypt, have a conversation about the theory of relativity with Albert Einstein or understand the enormity of a Tyrannosaurus Rex? As augmented reality (AR) and virtual reality (VR) become more accessible to the general population, your wish might now be possible. AR and VR exhibits are increasingly becoming a main attraction at major museums and art galleries across the globe. But how is this type of interactive technology being used to increase a museum’s audience engagement and ultimately help children and adults retain valuable information in an educational atmosphere? Many museums are offering innovative and exciting ways for patrons to enjoy exhibits. The use of interactive elements and new technologies in a museum environment is not a new concept. “Museums have historically been a place for physical artifacts,” explains IEEE member Todd Richmond. “Emerging technology has been used over the years – audio recordings with explanations, interactive displays, video pieces. AR/VR will continue this trend, both likely used in slightly different ways.”

WHAT IS THE DIFFERENCE BETWEEN AR AND VR IN MUSEUMS?

While both AR and VR have their benefits, the two technologies offer different types of engagement experiences. It’s important for a museum curator to understand these technologies in order for children and adults to be fully captivated or immersed in the experience. “VR’s strength is embodiment and immersion,” explains Richmond. “So instead of looking at a physical display or video screen that recreates a time, place and/or objects, a user will be able to be inside that time/place.” The benefit of using VR in museums means guests can feel like they’re walking in someone else’s shoes, understand their different viewpoints and engage in those interactions rather than just observe in a traditional setting.

“AR is slightly different in that it can overlay information, people and/or objects on the physical space,” says Richmond. “So, museums and classrooms can be inhabited by a combination of physical spaces/objects and digital representations of information, details or people/objects.” Utilizing AR in museums means that digital experiences can become context-aware based off the user, change for different times of the day, or even adapt to different spaces. Museums often use AR for interactive scavenger hunts that encourage exploration throughout a space.

HOW TO KEEP ENGAGEMENT LEVELS HIGH WITH AR/VR TECHNOLOGY

Once an AR/VR technology is established in a museum, users must be able to easily interact and stay engaged with the curated story line and technology. “Right now, AR/VR is novel, so you can gain attention rather easily,” says Richmond.” That said, once you have someone’s attention, you need to keep it, and to do that the experience needs to be compelling, entertaining and useful. ”But as AR/VR becomes an increasingly popular trend in educational environments such as in museums, Richmond is hopeful the technology will improve to increase engagement and offer an interactive way to learn. “We’re still in the early days of immersive mediums, so the types of experiences that are both engaging and have efficacy are challenging to create,” says Richmond. “But as with any medium, the more we experiment, the better we get.”
Posted by editor-manu-sharma at 6:44 PM