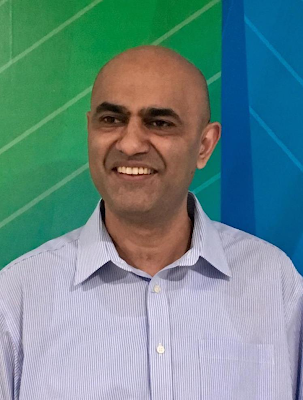 The surge of mergers and acquisitions in India has helped propel organisations to achieve significant competitive advantage in the industry, whether it is across IT, telecom, BFSI or healthcare. Organisations world over concur that M&A is the fastest tactical preference for global players as well as for start-ups to rapidly scale up. A recent report by Thomson Reuters states that Indian M&A’s peaked at an all-time high in 2018 with deals worth $125 billion, which presents a positive narrative. However, it’s believed that nearly 75-80% of these mergers are unsuccessful, and one of the major reasons for it is the lacuna in the area of human resource management.

HR integration forms the greatest challenge in any M&A transaction. At the core of any merger and acquisition, a major contributor to its long-term success is the ‘People dynamics’. It’s important for organisations to take cognizance of the fact that not all employees would be open and favourable to the transition initially. This is where the human resources department can play a pivotal role, by ensuring seamless integration of employees of the merging organisations.

Some of the key areas where HR can play an important role during a merger and acquisition (M&A) include:

Cultural integration: Cultural integration is not just a leading cause of an M&A failure, but it’s also an indirect driver for a significant number of other causes, such as stalled integration, retention of key employees, productivity or talent attraction. Failure to do so may even adversely affect the primary objectives behind the merger or acquisition in the first place.

Leadership management: While it isn’t plausible in an M&A deal to ensure that the demands of each and every member of top management of the merged organisations are met; adequate care must be taken in order to ensure the key talent is retained and other aspects including changing roles and downsizing must be handled promptly, efficiently but with caution.

Handling redundancies: Mergers and acquisitions might result in employee dissatisfaction is some cases, as organisations that come together often have very different working roles, compensation packages etc. The onus lies with the HR to handle redundancies due to similar work profiles and successfully retain talented employees who would be an asset to the organisation.

Compensation and benefit programs: The HR should evaluate the compensation and benefit mechanisms that’s currently in place, in order to explore the possibility of a strain on the financial resources of the organisation due to pre-existing pension or medical insurance plans. They should also study the long-term consequences of continuing these policies for the organisation. It is suggested that a new employee benefits scheme be created and details of the same be shared with employees in order to dispel fears and doubts in their minds.

Active communication: Human resources department of the organisation must attempt to raise the morale of employees, as adapting to a new work environment is generally stressful and may even lead to a reduction in productivity levels. The concerns that the employees have must be promptly addressed by the HR in order to provide reassurance and maximum clarity. Poor communication can lead to a lack of trust and uncertainty regarding their job security, resulting in higher attrition rates and lowering the overall productivity levels within the organisation. Transparency in the decision-making process and regular communication during the ambiguous period is integral to maintaining employee confidence and satisfaction.

Monitor progress post-merger: The progress made by the company, post the merger must be routinely evaluated. This may include factors such as revenue, productivity levels, employee performance etc. Seeking third party assistance to handle M&A deals is often advisable as it saves crucial business time and resources and eases the transition process for all parties involved.

In summary, while M&A deals are integral to the long-term growth of an organisation, failure to involve the HR early on could be detrimental. Hence, early involvement would enable the HR team to strategize better and plan out specific objectives and decisions regarding merging companies.