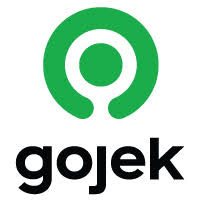 Gojek, the Indonesia-headquartered technology company, has today unveiled a new brand, designed to reflect its position as the leading technology platform in Southeast Asia.

The rebrand - which begins rolling out today - marks Gojek’s evolution from a Jakarta-based ride-hailing service to Southeast Asia’s leading Super App. It follows after the company recorded 1,100% growth in transactions on its platform over the last three years, from June 2016 to June 2019, on increased demand for Gojek’s integrated services.

Gojek has also significantly expanded its regional ecosystem since its app launched in 2015, having partnered with over 2 million driver-partners, 400,000 merchant partners and 60,000 service providers across Southeast Asia to-date.

Over the past three years, Gojek users have given over US$20 million in tips to the platform’s driver-partners and service providers, a testament to their support for and satisfaction with the Gojek brand.

The rebrand sets the course for Gojek’s next phase of growth, which will include further innovation and the strengthening of its integrated ecosystem of over 20 on-demand services - the region’s largest array of such offerings on a single platform.

The new logo, a nearly-rounded ring encircling a dot, is designed to be easily recognisable and versatile. It can be interpreted in a number of ways: a map pin, the bull’s eye, an aerial view of a motorcyclist, or a power button. This reflects Gojek’s Super App proposition, with its multitude of offerings, which range from transport, payments and food to logistics, entertainment and lifestyle.

In Indonesia, Gojek has built three Super Apps: one each for consumers, driver-partners, and merchant partners. Each app provides its respective users with services and features designed to make life better and help them to excel. For example, the app for driver-partners is equipped with several functions that support financial planning, while the merchant app includes features that help with business expansion, including logistics and inventory management.

Kevin Aluwi, Co-founder of Gojek Group, says: “Today, we introduce a new brand that represents the evolution of Gojek from a transport company in Jakarta to a leading tech company in Southeast Asia. We have been on an extraordinary journey over the past four years and the new brand is designed to embody everything that has been achieved throughout that period.

“We are humbled that driver-partners, merchants, consumers and our employees have had such faith in our brand and our company as we’ve grown. They are the ones who have built this business into what it is today. Gojek is now many things to many people - and our new logo reflects that. Even so, we remain committed to our founding principle and ethos of improving people’s lives through the use of technology.”

Andre Soelistyo, President of Gojek Group, adds: “With the rebrand, we look forward to the next chapter of our growth, not only in Indonesia - where we have the highest number of monthly active users compared to other on-demand platforms - but across the other Southeast Asian markets that we have expanded to over the past year. In each of those markets, our entry has been warmly received, a testament to our technology and in-depth local knowledge, and the benefits that we have delivered to local users.

“Our goal has always been to create a great offering in each of our markets that makes life easier for consumers, while delivering a positive social impact throughout Southeast Asia.”
Posted by editor-manu-sharma at 3:56 PM