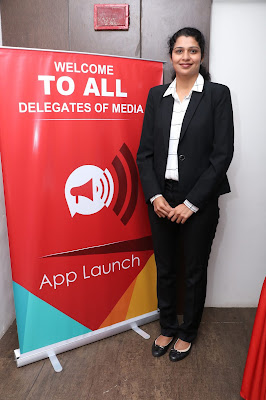 Bhonga, a hyper-local connectivity app which connects users within a kilometre of radius; has now employed ex-servicemen to take care of emergencies on its platform. It is like on the fly connectivity where citizens can get help in case of emergency and can share resources and information. Any user can send a message that is delivered to other users within the one-kilometre radius; the app only shares location coordinates for security and anonymity reasons. It also supports voice notes and photos.

Radhika Agarwal, Director, Linkus Infratech commenting on the occasion said; “Loyalty, discipline, commitment to work and the willingness to take responsibility are the qualities that make defence personnel perfectly fit for administering the emergencies on the platform. They are capable of working in hostile environments. Thus we decided to have ex-servicemen monitor all the emergencies generated on the app."

Ex-servicemen will now guide the citizens facing various kinds of emergencies. The team will be lead by ex-military Captain S.M. Ghag who has served the Indian Army for 32 years. The team is equipped to travel across Mumbai if need be. As the app spreads its wings beyond the city Linkus Infratech plans to hire more such personnel for their team.

Commenting on the same Captain S.M. Ghag said; “Every year 60,000 soldiers retire with little option but to take up sundry security jobs. The biggest problem a defence personal faces after retiring from military service is adapting to the unorganised and inconsistent civilian world. Life in armed forces is very organised & disciplined but when it comes to the civilian world, there are no rule-books to follow. I feel that Bhonga can leverage the experience of retired armed forces personnel & offer valuable help to the locality and at the same time offer a great opportunity to an army man to live a meaningful life. I am honoured to be a part of the platform and will be happy to reach out to Mumbaikars facing any challenges.” A missing person emergency from Malad was recently posted on the platform and the relatives received immense help from Retd. Captain Ghag in locating their kin.

Linkus Infratech plans to partner with the Army Welfare Placement Organization (AWPO), which comes under the Ministry of Defence, to enable and empower army veterans and encourage them to come and help the civilians around them.