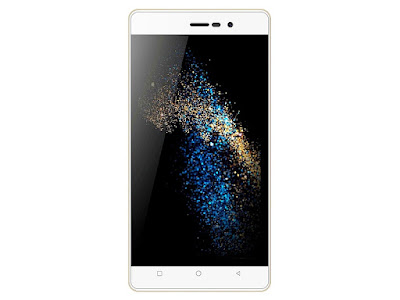 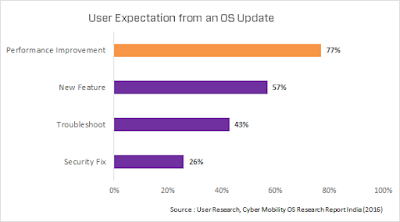 According to the report on global technology and telecom, the country's smartphone market will grow at a compounded annual growth rate (CAGR) of 23% through 2018 and would account for 30% of the global growth during the period.

"We expect India to overtake the US next year as the second-largest smartphone market by units. India will grow nearly five times faster than the world's largest smartphone market China, where growth has decelerated," the report said.
It added, "We estimate a 23% CAGR in units in India, compared with 5% over the same period in China. By 2018, we estimate 192 million smartphones will be shipped to India, or 11% of global units."

Morgan Stanley said there are only 225 million smartphone subscribers in the country, accounting for 18% of the total population. "The improvement in demographics, as measured by declining age dependency, has been one of the most important factors supporting higher potential growth in India... We expect consumption to maintain a relatively high growth rate, driven by an increase in per-capita income growth and an emerging middle class," it noted.

On consumption of data, the report said the country is on the cusp of significant growth in data traffic driven by rising data users as well as growing data usage per user.

"We expect India's internet penetration to reach 50% by 2018, up from 26% last year, driven by rising smartphone availability and affordability, online content and changing user behaviour," it said.

The global consultancy estimates 4G smartphones will account for 75% of 170 million shipments by the next year, which currently has less than 1% subscriber penetration in the country. The report, which is based on 2,600 urban smartphone buyers, said the respondents paid an average of Rs 8,500 for their smartphones and plan to spend 40% more on their next phone.
Posted by editor-manu-sharma at 8:48 PM