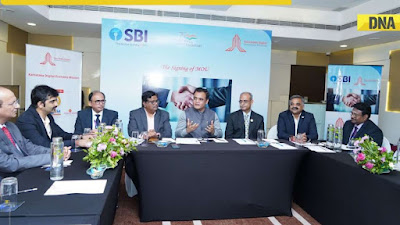 * The new facility will be called the 'SBI Startup Hub' branch. The MoU was signed in presence of the state IT minister.

The State Bank of India (SBI) has signed an agreement with the Karnataka Digital Economy Mission (KDEM) to start a separate bank branch for facilitating the necessary credit facility for startups. The first such branch will be opened at Koramangala in August this year, CN Ashwathnarayan, Karnataka's Information and Technology minister.

The new facility will be called the 'SBI Startup Hub' branch. The MoU was signed in presence of the state IT minister. "This MoU would boost the prevailing startup ecosystem in the state. The SBI would start such branches at Mysuru, Mangaluru, and Hubballi-Dharwad clusters in the next 6 months," the Karnataka minister said.

As per the agreement, the SBI will work with the Karnataka government to enabling mechanism for startups recognised by the state and supported by KDEM for availing time-bound credit based on the purchase order. While the KDEM would establish a Fin-tech Innovation Hub at Mengaluru focusing on financial technology.

Karnataka has more than 13,000 startups and some of them are facing a paucity of funds. The MoU between KDEM and SBI would help to address this by facilitating access to credits. It also facilitates, exploring options to extend CGTMSE (Credit Guarantee Fund Trust for Micro and Small Enterprises) loans to eligible firms.

Posted by editor-manu-sharma at 11:59 AM