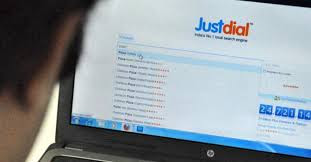 * Delhi generated almost a third of the demand, followed by Mumbai and Bengaluru for paper bags

* Delhi, Kolkata, and Hyderabad were the top-3 Tier-I cities that saw the maximum demand uptick for jute bags

A month after the plastic ban, demand for eco-friendly bags jumped significantly, with Tier-II towns and cities witnessing a faster adoption rate than Tier-I cities, as per the latest Just Dial Consumer Insights.

Ever since the ban on single-use plastic came into effect, demand for eco-friendly bags have shot up by 63% (MoM) across the country during the month of July. The bulk of the searches for eco-friendly bags was witnessed in Tier-I cities that saw a demand uptick of 40%, but in Tier-II cities and towns, this demand was observed to be way higher at 60%.

Commenting on the trend, Mr. Prasun Kumar, CMO, Just Dial, said: "It is exciting to see that we are ready to embrace sustainability as the country moves away from single-use plastics. This is the need of the hour with an increasing emphasis on planet and people. This has resulted in a huge demand for eco-friendly bags as a replacement for plastic bags. Institutional buyers across key markets have also shifted to paper, jute, and cotton bags, boosting bag manufacturers and dealers on our platforms. Paper is still the most popular alternative to plastic, with its demand growing at nearly twice the rate in Tier-II cities vis-a-vis Tier-I cities. Aligned with our intent to create a sustainable future, Just Dial is also playing a key role in driving a much needed businesses shift towards an eco-friendly and sustainable future."

Paper bags dominated, with almost 45% of the demand for eco-friendly bags across India. Demand (MoM) for paper bags rose by 67%, with Tier-I cities witnessing a 41% uptick and Tier-II by 83%. Among Tier-I cities, Delhi generated almost a third of the demand, followed by Mumbai and Bengaluru in second and third place. Thrissur, Chandigarh, Surat, Coimbatore, and Thiruvananthapuram were the top-5 Tier-II towns and cities that saw the maximum demand for paper bags.

Almost 35% of the demand for eco-friendly bags on Just Dial was for jute bags, which saw a 22% (MoM) rise. In Tier-I cities, the demand grew by 22%, and in Tier-II cities it was 21%. Delhi, Kolkata, and Hyderabad were the top-3 Tier-I cities that saw the maximum demand uptick, and in Tier-II, Vijayawada, Patna, Surat, Jaipur, and Chandigarh led the demand race.

Cotton bags contributed to around 16% of the overall demand for eco-friendly bags but saw a maximum demand growth rate of 78% during the month of July. In Tier-I cities, demand (MoM) grew by 69% and in Tier-II cities by 72%. Delhi contributed to 40% of the demand that was generated from Tier-I markets, followed by Mumbai, and Pune. In Tier-II towns and cities, Erode, Coimbatore, Vijayawada, Surat, and Madurai were the top-5 places where cotton bags were in maximum demand.

Posted by editor-manu-sharma at 3:45 PM