Change Of Guard At FADA As Vinkesh Gulati. Hands Over The Baton To Manish Raj Singhania As FADA's 36th President 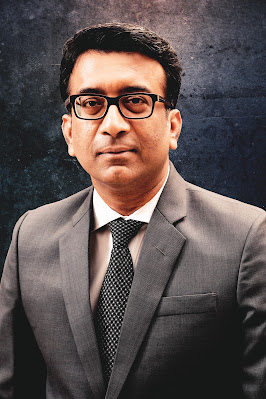 The Federation of Automobile Dealers Associations (FADA), the apex national body of automobile retail in India announced the appointment of Mr. Manish Raj Singhania as FADA’s 36th President and for the years 2022-24. The decision was made at the 307th Governing Council Meeting, which was held immediately after the 58th Annual General Meeting at Raipur, Chhattisgarh.

Mr. Singhania is the Managing Partner of Ralas Motors based out of Raipur, Chhattisgarh and has dealership of Mahindra & Mahindra Ltd. Besides a strong presence in the automobile business, Ralas Group, which was established in 1975 is one of the leading Real Estate Developers of Chhattisgarh. The group also has significant interest in Agriculture. Over the past two decades, the Ralas Group has grown significantly both in terms of assets and turnover establishing a considerable presence in the State of Chhattisgarh.

Mr Singhania has also been the President of Raipur Automobile Dealers Associations (RADA) for the last nine years. For over 12 years, he has been a key member of the FADA Governing Council, holding different positions and roles, particularly in accelerating the expansion of the association’s network.

The Governing Council also elevated the following for the years 2022-24:

Mr C S Vigneshwar, DMD – Anaamalais Toyota, (Dealer for Toyota, VECV and Ather) based out of Coimbatore, Tamil Nadu, takes over as the Vice President.

Mr Sai Giridhar, MD Saisha Motors Pvt. Ltd. (Dealer for Skoda and Volvo Cars) based out of Jaipur, Rajasthan, take over as Secretary.

The Council unanimously elected Mr Amar Jatin Sheth, as Treasurer for the years 2022-24. Mr Sheth is the Managing Director for Group Shaman (Dealer of Honda Cars, Volkswagen, and Triumph) based out of Mumbai, Maharashtra.

FADA India places on record its gratefulness for the immense contribution of its outgoing President Mr. Vinkesh Gulati. Under his able leadership, FADA took multiple initiatives during the pandemic like Auto Dealers Protection Act, Model Dealer Agreement, creation of 2W, GenX and Women in FADA vertical and initiating Dealership Satisfaction Study as it was one of the most challenging times not only for the Auto Retail Business but the entire global economy. During his term, Auto Dealers once again came under the ambit of MSME.

While handing over charge to Mr. Singhania, Mr. Vinkesh Gulati said, “The past two years have been an enormous honour and source of pride for me as the head of India's apex association of Automobile Dealers. It is truly said that necessity is the mother of invention, and COVID-19 made our association even stronger. I received incredible support and energy from my team of Office Bearers, Executive Committee, Governing Council and all the State Chairpersons as this journey wouldn't have been possible without their support.

I congratulate my friend and colleague Mr. Manish Raj Singhania on taking over as the 36th President of FADA. After working with him for several years, I am confident that he will take the association to a newer orbit of momentum and growth. His unique working style and convincing approach will continue to help resolve Dealers’ issues and challenges faced by the community. I strongly believe that the association will be even more unified and stronger under his leadership.”

Commenting on his appointment as FADA 36th President, Mr. Manish Raj Singhania said, “I am grateful and honoured that the Federation has placed its trust in me as I take the position of the next FADA president.

Apart from putting in all my effort to strengthen Auto Retail across the length and breadth of the country and continuously striving to bring in a balanced approach towards Dealer related issues, I along with my team consisting of Mr. C S Vigneshwar, Mr. Sai Giridhar and Mr. Amar Jatin Sheth, will also work towards the implementation of Auto Dealer’s Protection Act, getting in a balanced OEM - Dealer Agreement and continue to further strengthen FADA across all aspects.

Despite the current challenges, India has the potential to become the global leader in Automobile Industry. If the Government, SIAM, ACMA and FADA whole heartedly work in unison, this dream will become a reality well before its time.”

Posted by editor-manu-sharma at 6:32 PM