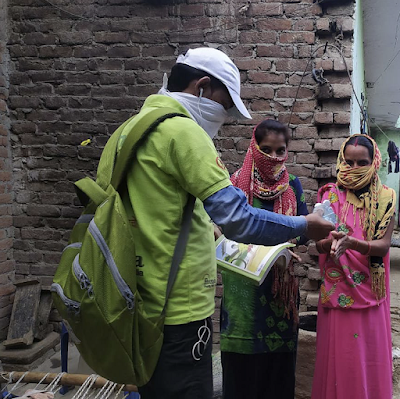 ~96% decline reported in Malaria cases in Madhya Pradesh, due to public-private-people partnership

On World Mosquito Day, Godrej Consumer Products Limited (GCPL) completed over 6 years of collaboration with the Madhya Pradesh Government to fight malaria and other vector-borne diseases through project EMBED (Elimination of Mosquito Borne Endemic Diseases). Since 2016, EMBED has run intensive behaviour change programmes that has made a difference to the lives of over 11.5 million people at high-risk from malaria and other vector-borne diseases in Madhya Pradesh, Uttar Pradesh and Chhattisgarh.

The EMBED programme piloted in Madhya Pradesh in partnership with National Centre for Vector Borne Diseases Control, Ministry of Health & Family Welfare, Government of India. In 2015, Madhya Pradesh was in Category-3 with 25 districts having malaria cases. In 2021, Madhya Pradesh was a Category-1 and was among the top 10 states having low malaria case, and the malaria infection has declined to below 1 case per 1,000 population. During this time, EMBED’s intervention villages accounted for 45% of the state’s malaria burden. The Health Ministry of Madhya Pradesh also expressed their appreciation of the initiative’s technical support and training of ground-level workers.

The progamme has also developed an app for Malaria treatment, which is being used by the Health Departments of Uttar Pradesh, Madhya Pradesh & Chhattisgarh and is available in local languages like Gondi and Halbi.

EMBED programme has been able to bring together everyone in the fight against malaria. The programme collaborated with the MP state health department, committees at district levels, the panchayats, ASHA workers, and the citizens. The progamme bridged the gaps in the existing framework. One example is that the team worked with health department and toured the villages and homes before health department organized fumigation drives in villages. They aligned the villagers and circled public spaces prone to mosquito breeding sites. This helped in effective coverage of the fumigation drive and reduced the breeding of mosquitoes.

The collaborative approach of the programme worked as malaria cases dropped by 96% between 2016 and 2021 and the state is on the path to meeting the goal of malaria elimination. A major win was that 80% of the 469 intervention villages in the four most malaria endemic districts of MP – Alirajpur, Jhabua, Sheopur, and Shivpuri – became malaria-free.

We’ve expanded our efforts and are now working on dengue and other vector-borne diseases awareness in four metro cities in India in partnership with the government.

Dr Prabhuram Choudhary, Health Minister, Madhya Pradesh, said, "Family Health India and Godrej CSR, in collaboration with Madhya Pradesh Public Health & Family Welfare, are running project EMBED to eliminate vector-borne disease in 11 Malaria affected districts of the state. This project has participated at the community level in IEC, BCC activities, ASHA, and training of ground-level health workers. The state's health department has received excellent help from project EMBED regarding Malaria elimination as public awareness program. The technical assistance has also played a vital role. EMBED project has developed a Malaria dose chart application for the right treatment of Malaria positive cases which is used by ASHA and ANM workers and is applicable in all 51 districts of Madhya Pradesh. This application is helping in the correct and complete treatment of Malaria. In collaboration with these institutions, the state government has worked on properly using LLIN, fever surveillance, and comprehensive treatment of Malaria patients. It has also helped in the reduction of vector sources. The combined efforts have brought MP from category 3 to category 1 in Malaria elimination in 2021. I hope the EMBED project will be extended in the state in Malaria affected districts so that the State government can continue getting help in eradicating Malaria and Dengue control.”

Sudhir Sitapati, MD, Godrej Consumer Products Limited, said, “Health and poverty are intertwined. Public health problems affect the poor people disproportionately. Wage loss due to malaria and dengue continue to be serious concerns in India. Project EMBED is a proven collaborative model that ensures people are aware, take precautions and seek medical support at the right time to combat malaria. Our role and aim through EMBED is to provide support to the existing government efforts and ensure last mile impact by inculcating behavioural change, encouraging community action to prevent Malaria, and timely diagnosis and treatment. With the success of EMBED we now aim to fight dengue and other vector-borne diseases and protect over 30 million people by 2025.”

Dr Bitra George, Director, Family Health India shared, “With funding support from GCPL, Family Health India (FH India) has supported the State Vector Borne Disease Control Program, Government of Madhya Pradesh in its goal of elimination of malaria by 2030. The behaviour change communication tools and online training module have been adopted by the state and scaled across all districts in Madhya Pradesh. Through the efforts of the EMBED team, Madhya Pradesh has achieved the category 01 status at the national level on the way toward malaria elimination on the occasion of World Malaria Day event held on 25th April 2022 at New Delhi. We are proud of our partnership with Godrej as well as Department of Public Health and Family Welfare, Government of Madhya Pradesh and continue to strive towards the malaria elimination goal in the state.”

Gayatri Divecha, Head CSR & Sustainability, Godrej Industries and Associate Companies, said “Our biggest learning from EMBED is that developmental problems are interconnected, deep rooted, and require large scale systemic change and innovation. It is difficult to work on these problems in silos. Our successful partnerships with various government entities at the State Health departments, District Collectors, Chief Medical Officers and the people at the Panchayat were an essential ingredient to our success. Without the immense commitment, dedication, and strategic vision of the Government of MP, none of our work with EMBED would have been possible.”

Over 95% of the Indian population lives in malaria-endemic areas. 80% of the cases occur among 20% of the population that live in tribal, hilly, and hard-to-reach areas. Statistics from the National Vector Borne Disease Control Program reveal an evident decline of Malaria case load as well as the fatalities. But the data from the World Malaria Report 2021 points out that the rate of decline of Malaria cases has been slower than pre-pandemic. Furthermore, the report highlights that India still shares over 80% of the malaria burden of SouthEast Asia.  As per research, a 10% decrease in Malaria has been associated with a 0.3% rise in GDP. The total economic burden from malaria in India is around USD 1.9 billion and this can be reversed as malaria is an eliminable disease.

Godrej Industries Ltd. is part of the Godrej group, one of the leading business groups in India and is in the businesses of Oleochemicals, surfactants, finance & investments and estate management. It has substantial interests in several industries including property development, oil palm plantation, animal feeds and agri-products, poultry, personal care and household care, etc., through its subsidiaries, associate companies and joint ventures.

Godrej Consumer Products is a leading emerging markets company. As part of the 124-year young Godrej Group, we are fortunate to have a proud legacy built on the strong values of trust, integrity and respect for others. At the same time, we are growing fast and have exciting, ambitious aspirations.

Today, our Group enjoys the patronage of 1.15 billion consumers globally, across different businesses. In line with our 3 by 3 approach to international expansion at Godrej Consumer Products, we are building a presence in 3 emerging markets (Asia, Africa, Latin America) across 3 categories (home care, personal wash, hair care). We rank among the largest household insecticide and hair care players in emerging markets. In household insecticides, we are the leader in India, the second largest player in Indonesia and are expanding our footprint in Africa. We are the leader in serving the hair care needs of women of African descent, the number one player in hair colour in India and Sub-Saharan Africa, and among the leading players in Latin America. We rank number two in soaps in India and are the number one player in air fresheners and wet tissues in Indonesia.

But for us, it is very important that besides our strong financial performance and innovative, much-loved products, we remain a good company. Approximately 23 per cent of the promoter holding in our Group is held in trusts that invest in the environment, health and education. We are also bringing together our passion and purpose to make a difference through our 'Good & Green' approach to create a more inclusive and greener India.

At the heart of all of this, is our talented team. We take much pride in fostering an inspiring workplace, with an agile and high performance culture. We are also deeply committed to recognising and valuing diversity across our teams.

Posted by editor-manu-sharma at 12:39 PM