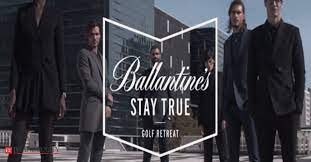 In continuation with their promise of many firsts in the Indian Golf Circuit, Ballantine’s, from the house of Pernod Ricard, is ready to host India’s first Golf Mixed Pro Challenge. The tournament will be played over 36-holes at the DLF Golf and Country Club, Gary Player course and is open to men and women professional golfers, from the Professional Golf Tour of India (PGTI) and the Women’s Golf Association of India (WGAI). In a unique format, one lady professional will team up with two gentlemen professionals and compete. 18 such teams would be teeing off for the championship between 5th and 6th of April.

Known golfers from across the country such as Veer Ahlawat, Khalin Joshi, Udayan Mane, Yuvraj Sandhu, Gaurika Bishnoi, Vani Kapoor and Jahanvi Bakshi will play in the Mixed Pro Challenge.

Speaking about the launch of the Ballantine’s Golf Championship, Mr. Kartik Mohindra, Chief Marketing Officer, said “Greatness in the game of life always stems from self-belief. Something Ballantine’s has unwaveringly stood for. It and celebrates self-belief in individuals. Inspiring them to stay true to their passions and excel on their own terms. The game of golf is a reflection of these values. Every golfer has his or her unique swing and stroke. The Ballantine’s Golf Championship celebrates these unique quirks, and drives you to stay true to YOUR game.

Resonating with the fact that the soul of Ballantine’s and golf is Scotland, this tournament takes the brand’s timeless affiliation with the game even further by setting new precedents – including India’s first ever mixed pro golf challenge. This tournament, with its nationwide footprint, is an attempt to bring the illustrious sport of golf on the map of India.

We believe that through this initiative, we will inspire and bring together a tribe of Indian golfers to raise toasts of accolades and conviviality, as well as engender a great exchange of ideas. Golf and Ballantine’s: both a class act. Made for the discerning.”

Speaking about the championship, Ms. Kavita Singh, President, Women’s Golf Association of India (WGAI) said, “It gives me immense pleasure to know that the DLF Golf & Country Club will be hosting the first ever mixed gender event for professional golfers in India. I am sure that this unique experiment in getting the men and women professionals together in a team competition will generate huge interest amongst lovers of the Sport and act as a catalyst for promotion of professional golf in India. I take this opportunity to thank Ballantine's, the Sponsors, for their support in making this innovative format a reality and congratulate both the PGTI and WGAI professionals taking part in this historic tournament. I wish all players the very best and extend my good wishes for the success of this exciting team championship”

Mr. Uttam Singh Mundy, CEO, Professional Golf Tour of India (PGTI), said, “The PGTI is excited to be part of this first-of-its-kind event in India where men and women professionals will rub shoulders and compete alongside each other. The event is a step in the right direction in promoting both men’s and women’s professional golf in India. The unique format of the event promises to be an enthralling experience for Indian golf fans. We thank the WGAI for sharing our vision by partnering with us in this event. We also thank Ballantine’s and the DLF Golf & Country Club for supporting the event and making it possible.”

The tee-off is scheduled for 8 AM onwards at DLF Golf and Country Club in Gurugram, on 5th and 6th of April, 2022.

Pernod Ricard is the world’s no. 2 in wines and spirits with consolidated Sales of € 8,682 million in FY16. Created in 1975 by the merger of Ricard and Pernod, the Group has undergone sustained development, based on both organic growth and acquisitions: Seagram (2001), Allied Domecq (2005) and Vin & Sprit (2008). Pernod Ricard holds one of the most prestigious brand portfolios in the sector: Absolut Vodka, Ricard pastis, Ballantine’s, Chivas Regal, Royal Salute and The Glenlivet Scotch whiskies, Jameson Irish whiskey, Martell cognac, Havana Club rum, Beefeater gin and Malibu, Mumm and Perrier- Jouët champagnes, as well Jacob’s Creek, Brancott Estate, Campo Viejo and Kenwood wines. Pernod Ricard employs a workforce of 18,500 people and operates through a decentralized organisation, with 6 “Brand Companies” and 85 “Market Companies” established in each key market. Pernod Ricard is strongly committed to a sustainable development policy and encourages responsible consumption. Pernod Ricard’s strategy and ambition are based on 3 key values that guide its expansion: entrepreneurial spirit, mutual trust and a strong sense of ethics. Pernod Ricard is listed on Euronext (Ticker: RI; ISIN code: FR0000120693) and is part of the CAC 40 index.