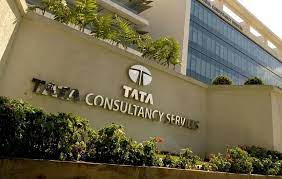 * Tata Consultancy Services (TCS), which controls over 40 per cent of the capital markets infrastructure solutions, has won a contract from Singapore Stock Exchange to run trading and settlement platforms for the upcoming SGX Nifty Exchange at International Financial Services Centre in Gandhinagar.

Tata Consultancy Services (TCS), which controls over 40 per cent of the capital markets infrastructure solutions, has won a contract from Singapore Stock Exchange to run trading and settlement platforms for the upcoming SGX Nifty Exchange at International Financial Services Centre in Gandhinagar.

NSE IFSC-SGX Phase 1 will be operationalised in April 2022. The full program on which TCS is engaged, will go live about 3-4 months from then i.e beginning of the second half of the calendar year.

Nifty derivatives contracts on the SGX are among the most traded, as they are used by global investors to hedge their exposure to India. SGX Nifty is a joint venture of NSE and Singapore exchange.

The contract from SGX is for five years, and is a "significantly large order in terms of contractual value", R Vivekanand, global head of BFSI platforms & products at TCS said on Wednesday without quantifying the contractual value.

TCS will provide the foundational platform for Gift Data Connect Programme, he said, adding the platform will be run on its BaNCS Securities Trading solution, on which over 40 per cent of domestic trades are executed now.

SGX has formed a special purpose vehicle -- SGX India Connect IFSC or SGX ICI --to run NSE IFSC, which will go a long way in getting liquidity into the market, Vivekanand said, adding the bourse will act as an executing-cum-clearing broker with trading and clearing membership of NSE IFSC.

While SGX Connect will be managed through a special purpose vehicle, traders will continue to do the same way of trading as they used to do when the SGX platform was based in Singapore, and the only difference will be that trades will originate and terminate on TCS solutions and then go to the exchange solution at Gift City now, Vivekanand explained.

He said the platform can handle 2 lakh trades daily from 12 very large institutional brokers of SGX. But this does not mean it cannot handle more volume, as TCS software on which NSE runs, handles millions of trade volume, he added.

Vivekanand said for TCS, BFSI is the largest business and revenue vertical, contributing over 40 per cent of the topline. In FY21 the BFSI vertical chipped in with $8.864 billion annual revenue. Within BFSI, insurance leads with around 40 per cent of income and margin shares, followed by capital markets and banking with 30 per cent each, he said, adding in Q3 of FY22, the vertical topline clipped 18 per cent.

As much as 40 per cent of the volume of the domestic market in terms of order management and trading solutions/settlement are done on the TCS platform, while globally its software runs as many as 32 exchanges, including London metal exchange, Europe Clear, TMX Canada, most of the MENA markets and South African bourses, Singaporean and Manila bourses, among others, making TCS the world's largest independent market infrastructure solutions provider.

TCS has been testing and training the SGX members from early this month in Singapore and will begin mock trading on the NSE ISFC post-regulatory approvals in place, which is expected in the middle of this year.

The project is important given the fact the Prime Minister's Office is monitoring the launch process of the exchange, as its success is critical to meet the government objective of creating a larger pool of liquidity in the onshore market. Better liquidity in the NSE IFSC means Nifty contracts getting traded onshore and the revenue remaining within the country.