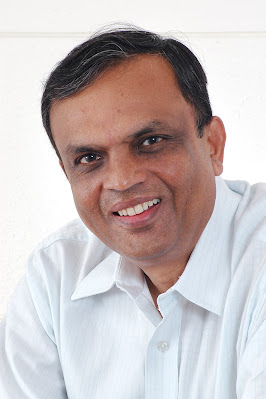 Congruent Solutions, leading technology solutions and outsourced plan administration services provider to the retirement plan industry in the US, announced the appointment of industry stalwart R Ramaraj as an Independent Director (Additional Director) on the Board. Ramaraj will be responsible for advising the company on governance and strategic matters.

He brings in more than four decades of experience. He is a serial entrepreneur who has been involved in ventures in IT, cellular and the Internet. He was the Co-Founder and Chief Executive Officer at Sify, the first Indian Internet Company from India to list on NASDAQ. Earlier, he was the Senior Advisor at Sequoia Capital. He is currently Senior Advisor at Elevar Equity. He is a Member of the Board of Governors of the Indian Institute of Management, Calcutta (IIMC). He is on the Board of Olympic Gold Quest (OGQ), a Not-for-Profit organization. He is the first Indian to be invited to the Board of Directors of ICANN (Internet Corporation for Assigned Names and Numbers). He served for six years as an Independent Director. He was a member of the Global Board of Trustees of TiE (The Indus Entrepreneurs).

Commenting on the appointment, Balaraman Jayaraman - President and CEO, Congruent Solutions, said, "Our association with Ramaraj has been long. We are pleased to welcome Ramaraj back on the Board as an Additional Director (Independent) as he is someone who possesses impeccable leadership and has demonstrated an incredible track record in the industry. In his previous association with Congruent as a Board Member and mentor, he played a critical role in shaping the roadmap for the company. We are sure that Congruent will greatly benefit from his experience and expertise in ‘scaling up’ in the technology industry and help the company to strengthen its position in the retirement plan industry."

Commenting on joining as Additional Director, R. Ramaraj said,"I am thrilled to be a part of Congruent Solutions yet again. Congruent has emerged as a niche player focused on the retirement plan industry. It has invested in developing contemporary products built on modern technologies and has developed expertise in plan administration services. I look forward to offering my advice and mentoring to help the organization achieve a leadership position."

R Ramaraj holds a BTech in Chemical Engineering from the University of Madras and an MBA. from the Indian Institute of Management, Calcutta, and a PhD from SRM University.

He was recognized as the' Evangelist of the Year at the India Internet World Convention in September 2000.

He was also voted as the IT Person of the year 2000 and 2001 in a CNET.com poll in India. In 2010, The Confederation of Indian Industry (CII) recognized him with a Lifetime Achievement Award for nurturing the Spirit of Entrepreneurship and inspiring and mentoring numerous entrepreneurs.