A23 Announces Shah Rukh Khan As Its New Brand Ambassador 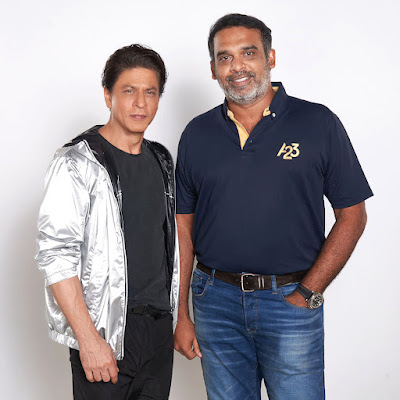 * King Khan, the ‘Baadshah of Bollywood’ and heartthrob of millions will feature in the online gaming brand’s latest ‘Chalo Saath Khele’ campaign

Head Digital Works, India’s premier online skill gaming company, today announced that it has roped in Bollywood superstar Shah Rukh Khan as the Brand Ambassador for its online multi-gaming platform - A23 (www.a23.com). The Baadshah of Bollywood will feature in A23’s ‘Chalo Saath Khele’ campaign along with a first of its kind responsible gaming campaign, which showcases A23’s all new multi-gaming platform which includes various games of skill such as rummy, fantasy sports, carom and pool, with more to come.

Welcoming Shah Rukh Khan as the brand ambassador of A23, Deepak Gullapalli, Founder & CEO, Head Digital Works, said, “It is a privilege to have the nation's biggest superstar to be associated with A23. We truly believe that Shah Rukh Khan represents what our platform stands for both in terms of our brand and our players ? self-made champions who display a high degree of professionalism and skill in their game. As a global superstar, who has always connected well with all segments of the audience and society, we believe that Shah Rukh will help elevate our brand and win the hearts of millions of Indians who relate to using their skills to win. The Chalo Saath Khele campaign brings to life the narrative of various types of gamers on A23 through the magic of Shah Rukh Khan that promises to enthral fans of King Khan and make A23 a house-hold name in India.”

Hailed as ‘King Khan’, Shah Rukh’s dynamic personality complemented with his intellectual acumen and tact makes him a formidable fit for A23. As part of this campaign, A23 aims to take a stand in the industry to share the message of playing responsibly and indulging in safe online gaming practices for users across all online gaming platforms.

“I am delighted to represent a pioneering brand like A23 and also be a part of India’s first of its kind online gaming campaign that pro-actively initiates the messaging of responsible gaming. A23 has always aimed at providing a premium but inclusive platform for skill gaming enthusiasts. Just like any other form of entertainment, I would urge all online gamers to indulge at their leisure, but responsibly” commented Shah Rukh Khan on his association with A23.

As the pioneers in skill-based gaming in India, A23 has recently built a multi-gaming platform and combined its existing online rummy platform of over 30 million users using state-of-the-art software created on a custom-built architecture. As an industry leader, A23 endeavours to provide its users with a skill-based gaming platform that can be enjoyed purely as a means for entertainment. A23 provides access to a wide range of games including rummy, fantasy sports and others along with an opportunity to invite friends to play on private tables and contests.

Posted by editor-manu-sharma at 8:05 PM