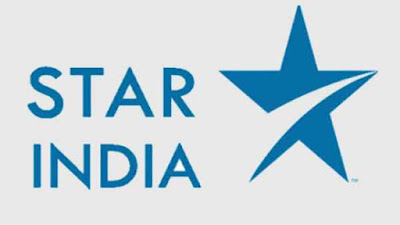 Consumers often think that having an HD TV by itself provides the complete HD viewing experience, which is a myth the campaign aims to bust with a touch of humor. Based on the findings from a study conducted by Star India, only 25%* of consumers are aware of the fact that apart from having an HD TV and an HD Set-Top box they also need to subscribe to HD channels to get the complete HD viewing experience.

Gurjeev Singh Kapoor, President – TV Distribution, India and International, Star And Disney India, said, “At Star India, we have always focused on providing an unparalleled entertainment experience and value to our viewers. There is a huge potential to further increase affinity towards our content with the large portfolio of 26 Star HD channels across genres and languages; with a strong live cricketing calendar this year and VIVO IPL 2021 just around the corner, we want consumers to experience the sheer delight and stadium-like feeling that our HD channels can provide. It is the right time for consumers to enhance their viewing experience with a Star HD channel subscription. Hence, this campaign is aimed at bridging the awareness gap and in helping consumers realize the relevance of recharging their Star HD channels.”

The campaign is driven by a well-conceptualized film that draws a parallel to people’s innate habit of keeping things in their homes for show value rather than using it for their intended purpose. Owning a fancy, flat-screen HD TV is something that elevates the social status of an individual, and the campaign cheekily nudges the consumer to elevate the value of their HD TV ‘Apne HD TV Ka Naam Roshan Kijiye’ by subscribing to Star HD channels. The campaign will also feature some of the most loved characters from the Star India Network endorsing the Real HD experience.

Star India has defined the Indian media landscape for more than 30 years, and today is one of the country’s leading media conglomerates, reaching around 700 million viewers a month on TV across India and over 100 other countries.

The Star Sports network is one of the leading sports networks with 17 channels in its bouquet. It is home to a number of leading domestic and international sports and is making quantum leaps in transforming sports in the country, helping India become a multi-sporting nation.

Disney+ Hotstar, India’s largest premium streaming platform has changed the way Indians watch their entertainment - from their favourite TV shows and movies to sporting extravaganzas. With the widest range of content in India, Disney+ Hotstar offers more than 100,000 hours of TV Shows and Movies in 8 languages, regional and national News, and coverage of every major global sporting event, including the IPL.

The company is present in the Indian movie production and distribution space through Fox Star Studios. The studios is also responsible for the marketing and distribution of its Hollywood slate in the country.