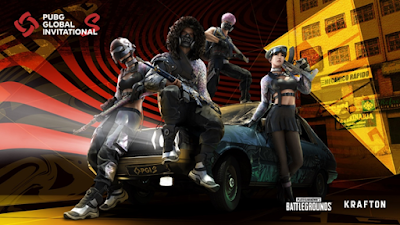 * The LAN/offline hybrid event offers a prize pot of $3.5 million USD and will be broadcasted in over 17 languages, including Hindi

The event runs till March 28th , with 32 rosters from eight different regions participating in weekly showdowns with prize money increasing as the competition progresses. The tournament is primarily held offline at Studio Paradise in Incheon, South Korea, however due to the current COVID-19 situation, some of the teams will compete online from their home regions.

Based on Rank Decision matches which took place from February 5-7, the highest ranked 16 teams participated in Weekly Survival matches on February 8 to battle it out for a place in the Weekly Grand Finals. Once a team wins a Weekly Survival match, they progress to the Weekly Grand Finals immediately - with their place taken by the next highest ranked team from Rank Decision Matches. The four top ranked teams at the Weekly Finals will take home a share of the prize pot. This process continues over eight weeks, with a one-week break in the middle for an additional PUBG esports tournament.

The share of prize money offered in each weekly event will grow as the tournament progresses, and the team that secures the most earnings by the end of the event will be crowned champions. A full run-down of the PGI.S format and rules can be found here.

After the opening week, weekly Survival Matches will take place on Tuesdays, Wednesdays and Thursdays from 15:30 IST.

Weekly Finals Matches: To take place every Saturday and Sunday throughout the event from 15:30 IST.

All matches will be broadcasted globally on various platforms in over 17 languages. For our passionate PUBG fans in India, KRAFTON has partnered with NODWIN Gaming to offer Hindi broadcasts via local streamers - Gamingpro Ocean, NODWIN Gaming, PAiN FyXs, Sparky Gaming and Ansh TY.

Posted by editor-manu-sharma at 7:10 PM