Bengaluru Based Rishi Shiv Prasanna With IQ level Of 180 Recognized As Young Genius! 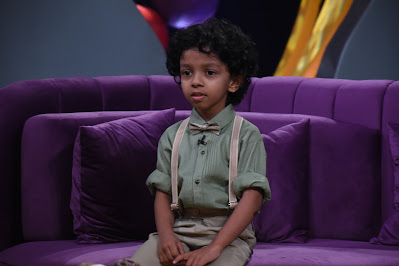 As a child, many of us are curious and have lots of questions about many things, but Rishi Shiv Prasanna surprises everyone with his knowledge. The 6-year-old from Bengaluru has an insatiable thirst for knowledge and is a genius in the true sense. Rishi has been certified to have an IQ level of 180. and has been admitted to the Mensa High IQ Society. He is arguably amongst the youngest Certified Android application developers (has developed 3 apps  that are listed in Google play store-”IQ Test App” for kids,  “Countries of the world” and CHB which is COVID Help for Bangaloreans) and has even authored a book.

Rishi Shiv Prasanna’s extraordinary talent will now be recognized in Young Genius, a show that celebrates child prodigies. Rishi met former Indian Hockey player, Padma Shri awardee Sardar Singh and impressed him with his knowledge. Sardar Singh, who has made over 350 international appearances for India and became the youngest Hockey captain was awestruck when he met Rishi.

Rishi started exhibiting his brilliance at a very young age. Rishi’s mother, Recheshwari S. says, “At the age of 3, Rishi started narrating about the Solar System, the Universe, planets, shapes and numbers. We were surprised to see his knowledge.” In fact, India Book of Records issued him a Certificate of Appreciation in 2019 at the age of 5 for his IQ.

Rishi developed an interest in space, science, technology and computer science at the age of 4. Rishi Shiv Prassana said, “At the age of 5, I learnt coding and now I have developed many user-friendly apps. I want to become a scientist who helps protect Mother Earth.”

Watch Rishi Shiv P with Sardar Singh in an exciting chat in the sixth episode of Byju’s Young Genius on 20th February 2021 (Saturday) and repeat telecast on 21st February on News18 Network!

Posted by editor-manu-sharma at 10:24 AM