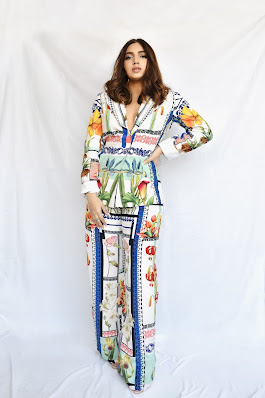 Being indoors has made us realize just how energizing it is to be outdoors and has given us another reason to be a lot more compassionate towards our planet. Last year also made us take notice of the sweeping environmental crisis, pushing us to work towards building a better tomorrow for the next generation. There is a dire need to elevate the voices of the youth and drive them towards positive call for action as their small steps today can make a big difference in the future.

Adhering to this, Sony BBC Earth is launching its IP ‘Young Earth Champions’ in partnership with Bollywood star and Climate Warrior Bhumi Pednekar, who is a strong advocate of environmental conservation through her flagship initiative - Climate Warrior. Together, via this nation-wide contest for all climate-conscious students, Sony BBC Earth and Bhumi Pednekar are presenting a platform that not only recognizes & rewards innovative ideas, but also inspires the young minds of India to think about a better and a more sustainable future.

Backed with an intent to inspire kids to be catalysts for conservation early on, the contest will be open for 5th to 9th standard kids who have to send in entries for the most innovative ideas that will make our cities and communities more sustainable. Bhumi Pednekar along with an expert will judge this initiative and select one lucky ‘Young Earth Champion’ who will be featured on the channel. Not only that, the top 10 winners will get to virtually interact with Bhumi Pednekar and have an invigorating conversation on doing our bit in preserving the Earth and co-existing with it.

Bhumi Pednekar, Bollywood star and Climate Warrior, says, “Climate change is upon us and its real. Through my initiative of Climate Warrior, I diligently try to highlight the seriousness of the crisis and its repercussions. I am glad that Sony BBC Earth echoes the same beliefs and with 'Young Earth Champions’ is offering a great platform to trigger exchange of creative ideas among kids, who have the power to bring about change. I am looking forward to an encouraging participation from incredible, young talents and a stimulating discussion about a sustainable future”.

Sony BBC Earth is home to BBC’s award-winning factual programs and work of some of the world’s foremost factual film makers. Rooted in the philosophy of ‘Feel Alive’, the channel promises grand visual spectacle, positive insightful storytelling and a new perspective to knowledge and entertainment.

The channel is broadcast in SD & HD and available in English, Hindi, Tamil and Telugu across India.