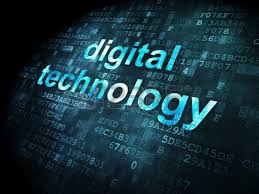 Earlier in the year, MX Player was ranked by App Annie as the No. #1 streaming app in India and the onset of the pandemic saw the platform witness not just a massive boost in viewership, but also new subscribers, and a newer audience. This accelerated growth heightened MX Player’s need for infrastructure that could support the scale and availability of the app across different networks and locations. MX Player found Akamai’s world class media delivery solution to be the right choice in order to deliver a high-quality viewing experience to their customers across different cities. The enhancement in performance and user experience was particularly pronounced in the case of MX TakaTak, a popular short video platform, that has seen a rapid surge of users, with a large portion of them coming from tier II and tier III towns.

Vivek Jain, Chief Operating Officer, MX Player said, “In the last couple of months, our user base has increased exponentially. The demand to consume content on the go and the need for virtual entertainment amongst the middle, mass, mobile, millennial audience in India is growing faster than ever before. MX Player has seen more than 7x jump in time spent on the app. Even MX TakaTak, which we recently launched, crossed 1Bn video views per day within a month from launch and has quickly become the market leading app in the short video category. We have always obsessed about best-in-class video load times. Akamai is a pioneer in Edge distribution and its presence particularly in tier II and tier III towns has helped us deliver an unmatched viewing experience for our customers across India’s mega cities as well as the hinterlands.”

Commenting on this partnership, Mitesh Jain, India Sales Head, Media & Carrier Division of Akamai said, “Unprecedented demand for content coupled with rapidly evolving user behavior poses a challenge for apps trying to ensure high-quality viewing experience across a complex network topology. We are glad to have partnered with MX Player to help them scale the user base and step up to conform with user expectations of evolving Indian consumers. Given MX player’s ambition, I am sure that this is just a start and we will be accomplishing many more milestones together.”

Akamai secures and delivers digital experiences for the world’s largest companies. Akamai’s intelligent edge platform surrounds everything, from the enterprise to the cloud, so customers and their businesses can be fast, smart, and secure. Top brands globally rely on Akamai to help them realize competitive advantage through agile solutions that extend the power of their multi-cloud architectures. Akamai keeps decisions, apps, and experiences closer to users than anyone — and attacks and threats far away. Akamai’s portfolio of edge security, web and mobile performance, enterprise access, and video delivery solutions is supported by unmatched customer service, analytics, and 24/7/365 monitoring. To learn why the world’s top brands trust Akamai, visit www.akamai.com, blogs.akamai.com, or @Akamai on Twitter.

MX Player is an entertainment super app that caters to over 200 million Monthly Active users in India, integrating all forms of entertainment on one platform – including video playback, streaming video, music and gaming. Defining “everytainment” for viewers with entertainment that suits every mood, it currently operates on an ad supported model and hosts a wide library of over 2,00,000 hrs of premium content across 10 languages, including a critically acclaimed slate of MX Original/ Exclusives, movies, web series, TV shows, news and audio music. The app is available across Android, iOS, Web, Amazon Fire TV Stick, Android TV and OnePlus TV amongst others.

Having launched its gaming feature in February 2020, Games on MX Player has grown exponentially with 25m Monthly Active Gaming Users and this tournament style slew of hyper casual mobile games is now available across its Android and iOS apps.

From the stable of Times Internet (the digital venture of Times of India, India's largest media and entertainment group), MX Player has now spread its footprints across 12 markets including UAE, US, Canada, UK, Australia, New Zealand, Bangladesh, Nepal, Afghanistan, Srilanka, Maldives, and Bhutan.  MX has further expanded its business with the launch of its short format video app MX TakaTak - a home-grown platform that offers a wide variety of short form content and creation tools across genres that is home to the largest number of 6Mn+ digital influencers as well as MX ShareKaro that is an easy-to-use file sharing app with rapid transfer speed.

Posted by editor-manu-sharma at 7:18 PM