Arjun Mathur Pledges to be an Organ Donor; Comes On-Board for MTV-ORGAN Daan in Association with Knowledge Partner ORGAN India 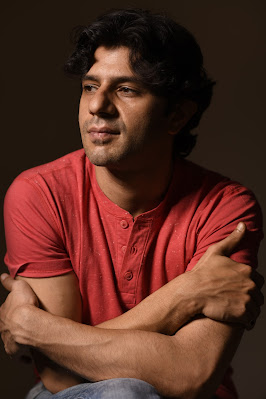 Popular actor Arjun Mathur has come on-board as the Cause Ambassador for MTV’s noble initiative – MTV-ORGAN Daan, in association with knowledge partner ORGAN India, an initiative of the NGO Parashar Foundation, that aims to drive awareness around the cause of Deceased Organ Donation in India. Having seen the impact of Organ Donation closely in his life, Arjun wishes to encourage the young minds to bust the myths, pledge to sign-up as an organ donor and help those in need, after they are gone.

For Arjun, organ donation is not just a cause but an issue his family has closely encountered and overcome. It all began with his elder brother succumbing to an ailment that left him in need for a kidney. Despite the best efforts, they had to wait for years to get the right donor given the abysmal rate of Deceased Organ Donation in India. With no help in hand, Arjun’s father decided to step in and donate his kidney, until this year, the miracle happened. In early 2020, the actor’s family managed to find the right match and his brother was operated on. Arjun’s strong sense of gratitude for organ donors makes him come forward for MTV-ORGAN Daan to trigger a change in the youth mindset and break myths around this noble cause.

Commenting on the initiative, Arjun said, "Organ Donation is a cause I feel strongly about. It’s disturbing to see a noble cause like this still being clouded by myths and misinformation that is leading to reluctance and apprehension amongst people. It is about time we, as a society work towards fixing this issue and trigger a positive change. MTV ORGAN Daan is a pioneering campaign that urges people to spread awareness and pledge to be an organ donor. I have also signed up as an organ donor with ORGAN India, with whom I have been associated with for a long time. I want to do my bit and couldn’t be more grateful to be the Cause Ambassador for an initiative that deserves serious attention.”

Launched during the Joy of Giving Week, MTV-ORGAN Daan - Your One Time Pass (OTP) to Heaven, in association with Knowledge Partner ORGAN India, an initiative of the NGO Parashar Foundation, aims to educate the masses about the current scenario of Organ donation in the country, spread awareness with the right and relevant information. With a strong meld of humour and quirk at its core, MTV has curated this campaign through a series of interactive posts, infographic and brand films, around the prevalent Indian belief that ‘Punya/Good deeds are a gateway to Heaven’ and Organ Donation can surely help one reserve a spot up there. This call to action thereby aims to encourage sign ups as organ donors on http://www.mtvorgandaan.com.

Official Data suggests that One Organ Donor can save up to 8 lives. * That’s the power of this precious gift of life. Imagine what we can achieve if majority of us choose to do the same. So, without further ado, pledge to make a difference, stand out and get your heaven ka One Time Pass (OTP) with MTV ORGAN Daan!!

Posted by editor-manu-sharma at 1:13 PM