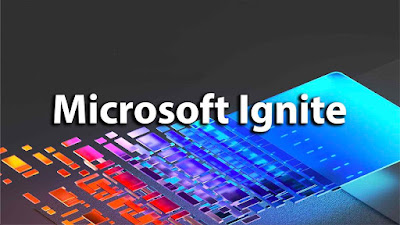 Nadella pointed to the latest advances in Microsoft segments including the Azure cloud platform, the Microsoft 365 productivity suite, security and compliance, and endpoint management, which were announced Tuesday in connection with Ignite.

“This tech stack contains your building blocks to drive digital resilience and transformation for your organization,” Nadella said during his prerecorded keynote address.

What follows are the five biggest statements from Nadella’s keynote at Microsoft Ignite 2020.

While Microsoft is in fierce competition across many of its business lines--whether it’s with AWS in public cloud, with Slack in collaboration or with Google in productivity software--Nadella is not shy about what he sees as the advantages for the Redmond, Wash.-based tech giant. Nadella used his Ignite 2020 keynote to tout Microsoft’s position in the tech industry, which he described as having the most comprehensive offering.

“We are the only company that has a complete technology stack to support both tech adoption and tech capability building--and ultimately increase your own ability to achieve success through digital technology,” Nadella said. “Our tech stack offers unparalleled integration, architectural coherence, and openness in each layer and extensibility. And in this era of intelligent cloud and intelligent edge, it enables truly groundbreaking experiences.”

Microsoft is continuing to remove barriers for moving to the cloud, with a world-leading 61 data center regions for Azure and the ability to extend from Azure to the edge, Nadella said during his keynote.

“We’re powering a new model of distributed computing, providing consistency across the cloud and edge, spanning identity, management [and] security as well as infrastructure--bringing computing closer to where data is being generated,” Nadella said.

Microsoft is driving Azure forward with a number of innovations announced at Ignite 2020, he said.

For Azure Arc--which provides Azure services and management to customers outside of the Azure cloud platform--Azure data services are now Arc-enabled, Nadella said. That provides “the ability to run Azure’s fully managed data services across multiple clouds, data centers and at the edge--even in a fully disconnected state,” he said.

And with Azure Sphere, Microsoft is now securing millions of microcontroller unit IoT devices, he said. AT&T is launching a new device, built on Azure Sphere, “to securely connect devices via AT&T’s cellular network, bypassing the need for Wi-Fi,” he said.

Nadella also pointed to traction for Azure Synapse, which was introduced at Ignite last year, and serves as a combination offering of data warehousing and big-data analytics. Azure Synapse “is the first and only service that has run all the TPC-H queries at petabyte-scale,” he said. “This is the equivalent of putting a man on the moon in data performance. No other vendor has even come close to doing this.”

Azure, Nadella said, is “the only cloud with limitless data and analytics capabilities that can deliver a cloud-native data estate for every organization.”

“And customers are experiencing these benefits. Since launching Azure Synapse a year ago, we’ve seen a 500-percent increase in the number of customers running petabyte-scale workloads,” he said.

Another focus of Nadella’s keynote was advances in Microsoft 365, the company’s productivity suite that includes Windows 10, Office 365, security and device management solutions. Notably, Microsoft 365 includes the Teams collaboration app, which has surged in usage during the COVID-19 crisis.

And so has the PC, and the productivity apps that run on it, Nadella noted during his keynote.

“There’s no question that the PC has become mission-critical during this pandemic--across work, school and life--to sustain productivity in a remote everything world,” he said. “More than 1 billion people now are using Windows 10. And Office 365 usage is higher than ever.”

To help with keeping workers connected even with widespread remote deployments, “we are creating a system of collaboration for every organization,” Nadella said.

Teams is core to this effort because “work doesn’t begin and end inside a meeting,” he said.

“With Teams, we are focused on the entire workflow around the meeting--before, during and after. It’s the only solution with meetings, calls, chat, content collaboration with Office and business process workflows,” Nadella said. “And Teams doesn’t just connect people inside the organization. It also seamlessly connects you to customers through video meetings, webinars, remote selling, supply chain and other scenarios.”

At Ignite, Microsoft announced several updates for Teams including new shared backgrounds for Together Mode--such as a cafe--as well as Custom Layouts, which lets presenters choose how their content will appear during a meeting for the other participants.

“We’re adding new video meetings experiences in Teams along with reimagined workspaces for every collaborator--remote, in-person or on-the-go. And we’re shipping new features each week for both first line and knowledge workers,” Nadella said.

The shift to “remote everything” has “only increased the need for an integrated, zero-trust architecture that reduces both cost and complexity,” Nadella said during his keynote. “We’re the only company that offers integrated, end-to-end capabilities across identity, security [and] management, as well as compliance.”

“This massive signal generates insight that fuels security innovation across our platform to protect customers--including both the largest of enterprises as well as small businesses, that are often the most vulnerable to attacks,” Nadella said.

In identity, “we are applying AI to stay ahead of the growing sophistication of attacks. We perform real-time risk evaluation on 30 billion authentication requests and retrain the algorithm daily to protect user accounts,” he said.

Microsoft Defender complements Azure Sentinel, the company’s cloud-native SIEM solution--“giving our customers a no-compromise combination of both depth and breadth of SIEM and XDR from one vendor,” Nadella said.

In device and data management, Microsoft Endpoint Manager “monitors and manages all your devices in a single console [that is] natively integrated with our security, identity and compliance solutions,” Nadella said. “New tools like endpoint analytics offer proactive remediation of issues before they disrupt end users.”

In compliance, Microsoft’s Compliance Manager “allows you to scale your compliance to meet increasing regulatory requirements,” Nadella said. “It has more than 150 assessments, all out of the box for regulations like GDPR. And you can continuously identify and assess risks, and create custom assessments for your unique needs.”

Posted by editor-manu-sharma at 8:59 AM