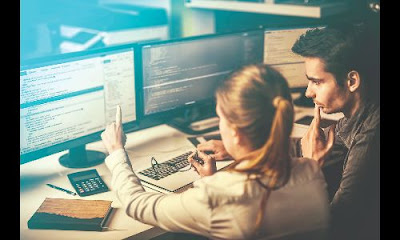 * More than 4,475 jobs are available from all domains, including IT, Banking, Marketing and Retail

* Mirchi RJs from Mumbai, Pune, Chennai, Hyderabad, and Bengaluru are anchoring this campaign on radio

‘Baat Baat Pe Jobs’ has been curated to help professionals whose jobs have been impacted due to COVID-19.

In December 2019, TimesJobs and Mirchi collaborated for the first time to launch a recruitment centric CSR campaign called ‘ReadySteadyJobs’. This campaign caught everyone’s attention as it helped more than a thousand candidates get hired in a sluggish economy.

With the same enthusiasm, a re-branded season 2 was launched in Delhi-NCR in July 2020 to bring hope to job seekers amid the COVID-19 crisis. More than 1 lakh job seekers uploaded their CVs for the jobs posted by 160+ recruiters. This edition helped more 670 professionals find jobs and 2,399 get shortlisted in just 27 days! Mirchi Delhi RJs Naved, Rochie, Vidit, Leen and Sayema were the campaign’s torchbearers as they spoke to job seekers, hiring managers and recruiters - show after show – and ensured that the word reached every job seeker.

In season3, the number of recruiters has grown to 202, comprising of 38 companies and 164 hiring consultants. Companies include top names as OPPO, WhiteHat Jr, Berger, BMC Software, Mastercard, Capgemini among others. Together, these recruiters have posted 4,475 jobs from all domains as IT, Manufacturing, Banking & Finance and Sales & Marketing. There are 136 jobs for international locations too.

Mirchi RJs from Mumbai, Pune, Hyderabad, Bengaluru and Chennai radio stations are anchoring this campaign and guiding the job seekers on how to find jobs through this campaign, and most importantly how to be job-ready!

Sanjay Goyal, Business Head, TimesJobs and TechGig lauded the campaign’s national launch and said, “At ‘Baat Baat Pe Jobs’ - both Mirchi and TimesJobs are combining their synergies and reach to help job seekers across India. With this campaign, we want to give a simple message - hiring is happening, companies are recruiting competent professionals and there’s still hope! We have 202 active recruiting agencies and companies on board, with 4,475 jobs where candidates can apply and get hired quickly”.

Sudipta Suri, National Marketing Head, Radio Mirchi said “We received good feedback for the first two seasons of ‘Baat Baat Pe Jobs’ and wanted to take the campaign national. The current pandemic has left many people jobless and to help people find jobs again is a great way to make our listeners ‘Khush’! Now live in Mumbai, Pune, Hyderabad, Bengaluru and Chennai, the campaign is being spearheaded by our RJs who are utilising not only radio but also social media extensively to spread the word about companies hiring. Such a campaign at these times is great use of Mirchi’s leadership position in reach and we are very happy to have partnered with TimesJobs in this CSR initiative.”

Posted by editor-manu-sharma at 9:05 AM