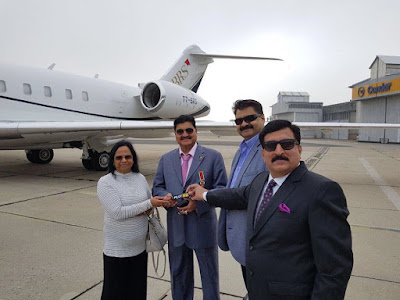 * The much-hyped mega crore film, Randamoozham, never really took off as Shetty withdrew from the project claiming that he did not want to be involved in the legal tangle

* All of the projects in India, that Shetty promised to invest in, have become the subject of ridicule and mockery as Shetty did not honour even a single one his commitments

The Supreme Court has approved the terms of settlement related to a nearly 5-year-old dispute between M. T. Vasudevan Nair and director V. A. Shrikumar in connection with making of the film Randamoozham. The two reached an agreement last week to settle the dispute out of court, following which, they had informed the terms of conditions to the apex court considering the case.

In 2014, Shrikumar had announced that Randamoozham would be made in multiple languages including Malayalam, English and Hindi at a cost of Rs. 1,000 crores, making it the costliest film in the history of Indian cinema and that it would be produced by the UAE-based entrepreneur B.R. Shetty. He had also said that the two-part film would be released in 2020 where in Malayalam it was to be named as Randamoozham and in other languages as Mahabharatham. The legal battle started when M.T. demanded that director V.A. Shrikumar Menon return the script to him since the latter had failed to start the film’s shoot according to the time stipulated in the contract.

The film never really took off as Shetty withdrew from the project claiming that he did not want to be involved in the legal tangle. He had always claimed that he wanted to make a movie on the epic Mahabharatham but had also become wary of the fact that just as SLB’s Padmaavat had stirred up a controversy due to its name, his movie too, if titled Mahabharatham, might create issues.

He said, “I don’t want to be involved in legal matters between Shrikumar and MT Vasudevan Nair hence have distanced myself. But I haven’t dropped the wish to make a movie on Mahabharatham. I am now on the lookout for a good script. I have reserved the money for the project and for this new project, I will get the necessary permissions from the BJP and RSS before starting my new project.” However, he never really came around to announcing another movie.

The shelving of the legendary movie is not the only doomed project that can be attributed to Shetty’s shallow promises and tall claims. A long list of ventures that Shetty had vowed to undertake in India in healthcare and entertainment, have all been witness to a similar fate.

MT had approached court after shooting of the film did not start even after the tenure of the contract. The case reached the high court and then the Supreme Court which today gave its nod to the terms of agreement mutually agreed upon by the two parties. The central points of the agreement include: the script of Randamoozham will be returned to MT and he will have the full right of the script. The advance amount of 1.25 crores will be given back to Shrikumar who will not make any movie on the theme of Randamoozham. While he can use the theme of Mahabharat, he will not use Bhim as the central character.

* Karnataka state cabinet scrapped a Rs 450 crore worth project with BR Shetty Ventures to develop Jog Falls as there was no progress in it.

* His announcement to build India’s top-notch multiplex at Udupi, Karnataka, possibly with the country’s first ever 8k screen remains only on paper

* The proposed $2-billion medical city spread across 100 acres in Amaravati turned out to be a damp squib.

Shetty’s BRS Ventures and Andhra Pradesh Government had inked an MoU entailing investments worth Rs 12,000 crore in healthcare in Amaravati which again remains only on paper.

* He had promised to acquire defunct paper mills in HPC's Cachar and Nagaon units of Assam and construct a health city, a school and a smart town, the launch of which is yet to see the light of day.

* In an MOU signed with the Telangana government, Shetty had agreed to setting up healthcare manufacturing unit, multi-specialty hospital and higher education institutions in Hyderabad which he has still not bothered to honour.

Posted by editor-manu-sharma at 6:47 PM