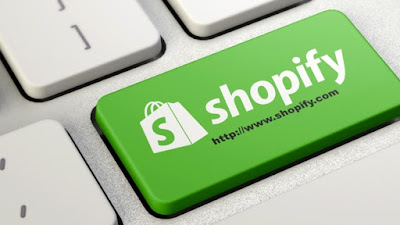 Today, Shopify Inc., a leading global commerce company, announced new and updated products at Reunite, the company’s first virtual event that brought together more than 100,000  participants from Shopify’s global community to hear how it’s helping merchants future-proof their businesses amid COVID-19. The virtual event, which was also open to Shopify partners and the public, covered the latest product news in areas like finance, retail, and shipping.

"These are unprecedented times. This is going to be one of the most challenging chapters in all of our lives. But entrepreneurs are the kind of people who make the most out of what they’ve got. They’re the people who can see opportunity when everyone else sees despair," said Tobi Lütke, CEO of Shopify. "Right now, we’re dedicating ourselves to helping as many small businesses as possible survive this. We’ve looked far and wide into our roadmaps for everything that might be helpful right now, and have tried to pull as many things forward as we could, shipping them and getting them out the door for our merchants."

From helping merchants manage their store’s money, to offering effortless local delivery options, to creating new ways of generating revenue at checkout, the products and updates announced at Reunite will help merchants navigate an ever-evolving retail landscape and plan for the future.

To facilitate growth these are the innovations that will be available to Indian merchants right away are gift cards, mechant tipping, a new theme called ‘Express’ that makes store set-up faster, local delivery and local pick-up.

●        Most of today’s banking products are built from a traditional financial institution’s point of view and designed for large, established businesses. They aren’t designed for the needs of independent business owners, and aren’t as flexible as they need to be. In our research:

○        We found that two in five merchants are currently using their personal bank accounts and cards for business, meaning they’re combining their personal and business finances, making it difficult to measure the financial health of the business.

○        Shopify Balance Account: A one-stop-shop within the Shopify admin where merchants can get a clear view of cash flow, pay bills, track expenses, and make decisions about the future of their business.

○        Shopify Balance Card: Physical and virtual cards that merchants can use to access their money faster when spending in-store, with mobile or online, as well as withdrawing from ATMs.

○        Rewards: We plan to offer merchants cashback and discounts on everyday business spending like shipping and marketing.

●        With Shopify Balance there will be no monthly fees or minimum balances.

●        Shopify Balance will launch in early access later this year in the U.S.

●        Working with a partner, Shopify will launch Shop Pay Installments later this year. It will be available to U.S. merchants eligible for Shopify Payments.

A new way for merchants to deliver locally

●        COVID-19 has underscored the importance of shopping locally. More than ever, merchants need efficient ways to connect with their local customers today and in the future.

○        Average daily local orders on Shopify for the six weeks ending April 24 grew 176%, compared to the prior six weeks, coinciding with the introduction of physical distancing measures; and, as of April 24, 26% of brick-and-mortar merchants in Shopify’s English-speaking geographies were using some form of local pickup and delivery solution, compared to just 2% at the end of February.

●        Shopify has begun rolling out a new Local Delivery product for merchants globally to offer an improved and simplified local delivery experience. Merchants can:

○        Use the new Shopify Local Delivery app to create optimized delivery routes, and send customer notifications when deliveries are on the way

●        Shopify Fulfillment Network, which launched in 2019, has graduated from its early access stage, and is actively accepting merchant applications.

●        Shopify Fulfillment Network continues to take away the complexities of fulfillment by investing in technology and a collaborative robotics workforce, allowing merchants to join, scale and evolve their fulfillment strategies through its growing partner network.

Improving the online store for all entrepreneurs

●        As COVID-19 has forced many businesses to move online, Shopify is releasing more online store features that will help entrepreneurs from a range of verticals adapt.

●        Merchants now have the option to collect tips at checkout. We’ve also released a new one-page theme called Express that enables merchants to get online quickly. These features were built with our local restaurants and coffee shops in mind, but can also be used by merchants in any vertical looking to connect with their customers online.

●        As of March 20, selling gift cards has been available to all merchants, and Shopify has seen more merchants utilizing this feature than ever before. For businesses that can’t deliver products during COVID-19, this feature has provided a much-needed supplement to cash flow.

○        Merchants will be able to customize their profile, and how and where they appear on the app.

○        Shop Channel will first be available to merchants in Canada and the U.S.

●        Shopify is partnering with Facebook to help businesses create branded storefronts to help merchants deliver unique shopping experiences, and enable consumers to browse and purchase without ever leaving the apps.
Posted by editor-manu-sharma at 5:00 PM