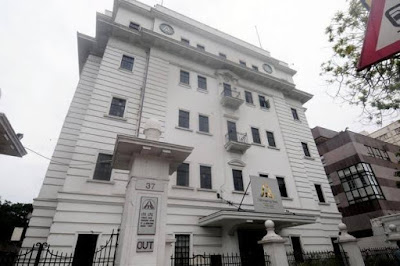 * ITC and WWF-India have been working on watershed management in the area benefitting 149 villages and 14000 rural households
* ITC is the only company in the world to be water positive for 17 years and its Water Stewardship Programme has cumulatively covered 10.87 lakh acres benefiting over 3.20 lakh people in 15 states

ITC’s Kovai Paperboards factory in Tamil Nadu has earned the unique distinction of being the only facility in India to be awarded the Alliance for Water Stewardship Platinum-level certification – the highest recognition for water stewardship in the world. The prestigious certification marks a global acknowledgement of ITC’s large-scale and impactful water management programmes benefitting millions.

ITC Kovai is the first site in India and only the second in the world to be awarded this certification based on international benchmarks in water stewardship. The fact that the ITC Kovai was awarded AWS Platinum level certification – only awarded to those sites that meet the very highest standards – is testament to the extensive actions directed beyond the site’s own water use to supporting communities, vulnerable groups and local agencies to build a sustainable future.

ITC’s Paperboards factory in Kovai produces 103,000 tonnes per annum of recycled boards. The factory obtains water from a stream which is part of Upper Bhawani river basin, in Tamil Nadu. This area is under water stress due to erratic climatic conditions (inconsistent rainfall), excessive unplanned and unsustainable groundwater usage, water intensive cropping pattern as well as a steep declining trend of water table.

ITC’s water stewardship approach involves interventions both within the factory premises as well as the catchment level. Within the factory, continued efforts are made to minimise fresh water consumption, while maximising reuse and recycling of treated effluent.

At the catchment level, ITC and World Wide Fund for Nature - WWF-India have been working towards a watershed management strategy using a multi-stakeholder approach in the Upper Bhawani basin, since 2015, benefitting nearly 149 villages and 14000 rural households.

Over the years, more than 385000 cubic metres of water harvesting potential has been created across the catchment, benefitting tens of thousands of farmers.

Commenting on the certification to ITC Kovai, Mr. Adrian Sym, Chief Executive Officer, Alliance for Water Stewardship (AWS) said, “For many years, ITC has been at the forefront of business engagement in water stewardship, understanding the need for business to contribute to the sustainability of the water catchments on which they depend. The AWS certification awarded to ITC’s Kovai paper mill provides deserved global recognition to ITC in the field of water stewardship. ITC Kovai is only the second site worldwide to achieve AWS Platinum certification. This achievement and ITC’s corporate commitment to transparent and inclusive engagement on water sets an example not just for India but for companies worldwide. I look forward to supporting ITC on the next stage of its journey on water, and to encouraging others to follow their example.”

“This certification is indeed a source of encouragement to all at ITC and will inspire us to scale up our efforts to ensure water security to our stakeholders around our factories,” said Mr. Chitranjan Dar, Group Head of EHS, Projects and R&D, ITC Limited.

The Alliance for Water Stewardship (AWS) is a global membership collaboration of businesses, NGOs and the public sector driving water stewardship, which is defined as the use of water that is socially and culturally equitable, environmentally sustainable and economically beneficial, achieved through a stakeholder-inclusive process that involves site-and catchment-based actions.

At the centre of the development of the AWS Standard was a 15-member group called the International Standard Development Committee (ISDC), of which ITC was a part. The ISDC had representatives from three stakeholder groups (businesses and water service providers, civil society, and public-sector agencies) across eight regions (Africa, Asia Pacific, Europe, Latin America and the Caribbean, North America, Northern Asia, South Asia, and Western and Central Asia).

The 1.0 version of the AWS Standard was launched in April 2014 as part of the deliberations of ISDC. In order to ensure that the Standard continues to reflect stakeholder perspectives and the best global thinking and practices in water stewardship, it underwent a revision process through multi-stakeholder consultations and a result, The AWS Standard v2.0 was released on 22 March 2019.
Posted by editor-manu-sharma at 2:26 PM