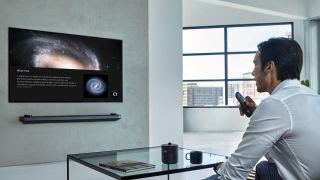 OnePlus, one of the world’s most popular premium smartphone brands, is delighted to make India the focus of the simultaneous launches of their two highly-anticipated new products: the OnePlus 7T and the OnePlus TV. They will be launched exclusively in India and China on September 26 2019, with a global rollout to follow afterwards.

The company’s co-founders, Mr. Pete Lau and Mr. Carl Pei, will be in New Delhi to unveil the unique features of the new OnePlus 7T and OnePlus TV, with special events being held in cities across India. The Bengaluru launch will be held at Orion Mall on September 26th 2019 from 7pm onwards.

The co-founders’ presentation will be livestreamed during the launch, and fans of OnePlus who have been speculating for months on the unique features of the new products are warmly invited to join in the excitement. The livestream will be followed by a vibrant live performance by The Sylvester Trio, a “Contemporary Rock, Indie, and Funk Rock” band known for their funky, yet playful, with tongue-in-cheek lyrics and a strong stage presence.

The launch will be followed by a pop-up event at Orion Mall on September 27th, which will be the only place in Karnataka where the new products can be purchased before they become available at the OnePlus Experience Stores on September 28th.

The pop-up will feature a range of fun activities for the whole family that will be held through the day. The first 100 people to make a purchase will also receive “The Swag”, exclusive merchandise from OnePlus.

Following the pop-up and pre-release sales, the new products will be available for purchase exclusively at the OnePlus Experiences Stores from September 28th onwards, a few days prior to the general market release.

The new OnePlus TV is the brand’s first smart TV product, available in four sizes and with a range of cutting-edge features, to be revealed during the launch. The eagerly-awaited OnePlus 7T is the latest innovation in the brand’s beloved T series, known for its superior cameras and other attractive features.
Posted by editor-manu-sharma at 7:32 PM