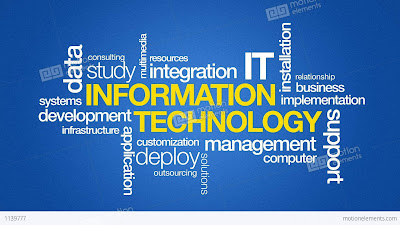 Most IT companies have started detailing total bookings or TCVs of deal wins over the past few quarters. The general and logical perception is acceleration in TCV of wins = acceleration in revenue growth and vice versa. This assumption holds broadly true except for instances where existing revenues are lost due to project cancellations or lack of renewals. TCV is indeed important, but due consideration should be given to backlog, renewals and defense of existing revenues.

TCV of deal wins lack a standard definition; not useful for benchmarking

Most IT companies have started disclosing total contract value (TCV) of deal wins on a quarterly basis. However, the definition of deal wins is not consistent across companies (Exhibit 3). TCS includes all bookings won through the course of the quarter (including renewals and value of T&M contracts). Infosys includes renewals and new business won but only for deals exceeding US$50 mn in size. Tech Mahindra excludes renewals and deals lesser than US$5 mn is size from TCV number. The point is that TCV of deal wins is of little relevance for cross-company comparisons. Nevertheless, bookings/ TCV data disclosed consistently over a period of time can provide more a meaningful analysis of trends in growth rates using a book-to-bill ratio or patterns of large deal wins. Amongst the myriad of definitions used by companies, we find TCS and Mindtree’s bookings data disclosed as the more comprehensive and relevant since they covering both—existing business renewal and new deals.

TCV / bookings have been an inconsistent indicator for growth

Nearly all large companies have reported an acceleration in TCV/ bookings. However, this has not translated into acceleration in revenue growth in all cases. We highlight the cases of Infosys, TCS and Tech Mahindra:

} Infosys—unsurprising acceleration in revenue growth. Infosys’ TCV number does not capture many key elements of wins—i.e. deals with less than US$50 mn in size, deals which are won but value is not explicitly defined on the dotted line, among others. Nonetheless, the sharp 123% yoy growth in TCV on a ttm basis is so strong that it is bound to accelerate revenue growth. Infosys’ revenue growth has accelerated to 12.4% yoy in the Jun-19 quarter from 6% yoy in the Jun-18 quarter.

} TCS—limited history. TCS started disclosing quarterly bookings data only from the June 2018 quarter, hence we do not have sufficient data for a more meaningful analysis. In any case, TCV of US$5.7 bn in the most recent quarter is up 16% from same time last year. This high growth in bookings may not be sufficient to prevent a deceleration in growth since the company has a high base of the previous year where the company benefited from closure and a ramp up in mega deals.

} Tech Mahindra—deceleration in growth despite strong TCV numbers. Tech Mahindra’s revenue growth has slowed to 3.7% yoy in Jun-19 quarter despite a 57% yoy growth in TCV on a ttm basis. The leakage of existing revenues in Pininfarina and a ramp down in auto sub-vertical impacted overall numbers for the quarter. TM’s revenue growth slowdown highlights an important element while evaluating TCV numbers—defence of the revenue base.

Three large companies report an elevated level of deal wins although with different outcomes. Historically, a correlation between the pace of deal wins and direction of growth has been low. HCLT consistently called out quarters where net new order wins were over US$1 bn from Dec 2012 –Jun 2014. However, a continued deceleration in revenue growth in FY2013 and FY2014 against the backdrop of strong order bookings surprised many. Eventually, the company discontinued the disclosure of new wins, introducing annual revenue and margin guidance in FY2017. Infosys’ growth rates slowed down when growth in TCV of deal wins accelerated in FY2016-17. The metric has been better correlated with revenue growth in the past few quarters (Exhibit 3).

The definition of revenues is standard and defined by accounting standards. However, there is no standard definition of bookings. Some companies include only new deals in bookings, some include only deals signed above a particular value, etc. The following dynamics are important to understand and derive meaningful insights from bookings’ numbers and consequent translation into revenue and growth numbers.

} Renewals versus new and tenure extension. The composition of bookings’ split between renewals and new business is important to assess growth. Conversion of an existing T&M relationship into a multi-year service contract may provide a strong boost to bookings/TCVs but may add little to annual revenues. In fact, annual revenues from the contract may be even lower before conversion to a multi-year deal since the client would demand productivity from Year 1. In many situations, tenure extensions can lead to an increase in total contract value (TCV) but do little for annual contract value (ACV).

} Estimation of bookings from T&M contracts. TCV of time and material contracts is based on (1) estimated value of MSA in case the engagement value over the MSA duration is mentioned in it or (2) aggregating the value of individual statement of works (SOW) signed. The quantum of work is not cast in stone in such contracts and does not carry any penalty clause in case of shortfall. Order book in such cases may not fully translate into revenues.

} Order cancellations. Bookings/TCV get captured in the numbers, but what happens in case of bankruptcy of a client or cancellation of project? This immediately impacts revenues or impacts the bookings of the year/quarter in which such an order was won. The order book will show a nice growth quarter on quarter and year on year but the backlog of order to be executed declines and so does revenues in such a case. Hexaware is a good example. The company announced a large US$100 mn deal win in the Dec-18 quarter which was subsequently cancelled. Yoy growth in TCV of reported deal wins on ttm basis appears healthy, though ex-of the large deal, TCV would have declined yoy (Exhibit 5).

} Consolidation decisions. Clients have historically consolidated vendors to drive better synergies, lower costs and release bandwidth that can get clogged in vendor management. Let’s say there are three vendors working on various programs for a client. The client decides to consolidate these programs through a multi-year fixed price route with a single vendor. The wining vendor ends up reporting a huge order booking. However, the cumulative value of deal by the winning vendor will be lower than the pre-consolidation revenues when aggregated for each vendor individually. Further, the vendors that lose out of the consolidation decision will not likely report negative order booking in such an event. Effectively, bookings are designed to capture only new wins but not the change in the backlog of the order book.

Bookings in conjunction with backlog can be a strong indicator

We acknowledge that IT companies endeavor to come up with relevant metrics to assess the health of their businesses. Order backlog is an important metric that helps in this regard. Movements in contract values due to renewal cycles, deflationary pressures at the time of renewals and the loss of revenues due to vendor consolidation is best captured through a change in order backlog. Disclosure of order bookings combined with order backlog and ideally, execution of order backlog over the immediate 12 months will help in assessing the health of the business in a far better manner. We understand that estimating order a backlog would be difficult for time and material contracts where the order execution cycle is extremely short; in such a case disclosure of split of bookings between long tenured outsourcing contracts and short duration contracts would help in assessing the health of business.

TCV data is insufficient to assess growth; consider other metrics as well

We caution investors against relying on TCV of deal wins alone to assess revenue growth. This is especially relevant in a volatile environment where a delay in budget allocation can impact growth even at a time of healthy revenue growth. The banking vertical is going through significant churn at present. Such factors can impact revenue growth and are not captured by disclosures on bookings. TCV is a useful metric to analysis growth trends. Combining TCV with disclosures on deal execution and defence of existing revenues provide a better assessment of revenue growth potential. Finally, coverage of TCV number is also relevant. We find TCS and Mindtree’s booking data more relevant since they end up covering the entire span of business won over a defined period and could be useful in assessing in revenues using book-to-bill ratio (provided management clarifies on unusual spikes due to large long-tenured contracts.
Posted by editor-manu-sharma at 5:58 PM