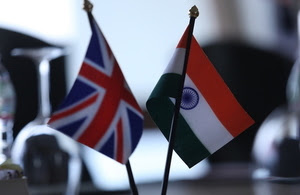 In a move that addresses a long-standing demand to boost Indian student numbers choosing British universities, the UK government on Wednesday announced a new two-year post-study work visa route for all international students.

The new 'Graduate' route, to be in place by next year, will be open to all overseas nationals who have valid UK immigration status as a student and have successfully completed a course of study in any subject at undergraduate level or above at a government-approved UK higher education institution.

The visa will allow eligible students to work, or crucially look for work, in any career or position of their choice, for two years after completing their studies.

British Prime Minister Boris Johnson, who has effectively re-instated a policy ended by his predecessor Theresa May around nine years ago, said the change will see students "unlock their potential" to begin careers in the UK.
Posted by editor-manu-sharma at 8:09 PM