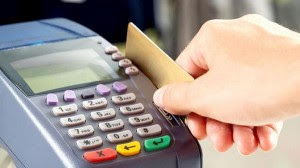 Worldline has over 1 million merchant touch points PAN-India accounting for 30% of the merchant acquiring touch points. We have analyzed transactions processed by us in Q2 2019 (Apr-May-Jun) and derived some unique insights.

The states and cities with the highest number of transactions are:

* The number of point of sale (POS) terminals increased to 3.99 million in June 2019 from 3.31 million in June 2018, an increase by a mere 20.5%. This could well be a key impediment in transformation to a cash-lite economy.
* In Q2 2019, the average ticket size on POS terminals for debit card transactions was INR 1,366 and INR 3,423 for credit card transactions.
* UPI has been taking some share away from more traditional modes of digital payments such as cards and net banking. The total volume of UPI transactions in Q2 2019 was 2.2 billion, a 263% increase from Q2 of the previous year. In terms of value, UPI clocked INR 4.4 trillion, up 336% from Q2 of the previous year.
* There are about 837 million debit cards and about 49 million credit cards in circulation. It is interesting to note that between June 2018 and June 2019, there was an addition of about 10 million credit cards and reduction of about 107 million debit cards. While the rise in credit cards may be attributed to growing digital payments and the expansion of retail borrowers in the market, the fall in debit cards could be due to the mass closure of zero balance accounts.
* The Reserve Bank of India has permitted 46 entities to launch their Prepaid Payment Instruments (PPI) for consumers and according to their latest data, the number of transactions done on mobile wallets in Q2 2019 was 1.08 billion, an increase of 18.4% over Q2 of previous year while the value of transactions in Q2 2019 was INR 474 billion, an increase of 17.5% over Q2 of the previous year.
* As of now, NETC amounts for 25% of the total toll collected. It is the perfect solution as it enhances efficiency in processing transactions, tackles the menace of toll evasions done on highways and reduces congestion around toll plazas, fuel consumption and air pollution. NETC transactions in Q2 2019 stood at 80.1 million, a jump of 53.9% over Q2 2018 and the value of transactions was INR 17.9 billion, an increase of 44.4% over Q2 2018. The tag issuance base in Q2 2018 jumped manifold, with an increase of 118%, to 5.22 million tags in Q2 2019. The increase in these numbers show sustained consumer acceptance.
* Aadhaar Enabled Payment System (AePS)- The total volume of AePS transactions (ONUS, OFFUS, DEMO AUTH & eKYC) in Q2 2019 was 584 million, a 31% increase from Q2 of the previous year, while the total value was INR 274 billion, up 107% from Q2 of the previous year.

Mr. Deepak Chandnani, Managing Director, Worldline South Asia & Middle East expressed, “With a number of digital payment options available with consumers to make purchases, the acceptance infrastructure now needs to grow to meet the demand from consumers and merchants alike. Obviously for this to happen, similar to how incentives are being given to merchants and consumers, incentives need to be given to merchant acquiring companies to meet this goal. The merchant acceptance ecosystem is a diverse one with multiple modes such as POS, UPI, BQR among others.”.
Posted by editor-manu-sharma at 2:11 PM