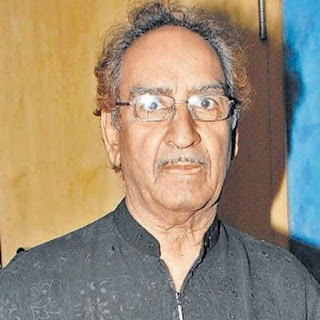 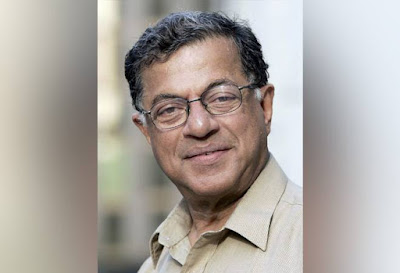 The 10th edition of the Jagran Film Festival (JFF) will pay homage to some of the most iconic gems from various disciplines within Bollywood. With the film festival celebrating a decade of cinematic culture, the festival will be paying tribute to Kader Khan, Mrinal Sen, Veeru Devgun and Girish Karnad, whose recent demise left their family, friends, fans and the fraternity in mourning.

The festival’s Homage section will have filmmaker Rohit Shetty in-conversation with film critic Rajeev Masand on Veeru Devgun, whom Shetty regarded as his ‘Guru’, at Siri Fort Auditorium on 20th July 2019. Two movies of each legend will be screened at the film festival in remembrance of their great contribution in Bollywood.

He was conferred Padma Shri and Padma Bhushan by the Government of India and won four Filmfare Awards, of which three are Filmfare Award for Best Director – Kannada, and the fourth is a Filmfare Best Screenplay Award. He was also the recipient of the 1998 Jnanpith Award, the highest literary honour conferred in India.

Karnad made his acting as well as screenwriting debut in a Kannada movie, Samskara (1970), which won the first President’s Golden Lotus Award for Kannada cinema. In television, he played the role of Swami’s father in the famous TV series Malgudi Days. He made his directorial debut with Vamsha Vriksha (1971) which fetched him the National Film Award for Best Direction. He acted in a number of Nagesh Kukunoor films, starting with Iqbal (2005), Dor (2006), 8 x 10 Tasveer (2009) and Aashayein (2010). He played a key role in movies Ek Tha Tiger (2012) and its sequel Tiger Zinda Hai (2017) produced by Yash Raj Films.

Related imageKader Khan: Kader Khan was an Indian-Canadian film actor, screenwriter, comedian and director. As an actor, he appeared in over 300 Hindi and Urdu films after his debut in the 1973 film Daag. He played a variety of roles across genres like comedy, action, romance, family, social and political. He was popularly recognized for playing a supporting role with actors like Rajesh Khanna, Jeetendra, Mithun Chakraborty, Amitabh Bachchan, etc. He also started getting lengthy roles as supporting actor after 1984, with films like Masterji, Dharm Adhikari, Nasihat, etc. From 1988, there were films written by him in main lead, like Jaisi Karni Waisi Bharnii, Hum Hain Kamaal Ke, Baap Numbri Beta Dus Numbri etc. From 1989 onwards, he started doing mainly comedy roles in films like Sikka, Kishen Kanhaiya, Hum, Bol Radha Bol etc. Masti Nahi Sasti, Hogaya Dimaagh Ka Dahi are few of the last films of Kader Khan.

Khan delivered some of the biggest hits of the ’90s and early 2000s with David Dhawan, including Shola Aur Shabnam, Hero No 1, Coolie No 1, Aunty No 1, Haseena Maan Jayegi and Mujhse Shaadi Karogi, among numerous others. He was also a noted screenwriter and wrote dialogues for over 250 Bollywood films like Roti in 1974. Some of Amitabh Bachchan's films with popular dialogues and script were written by him include Mr Natwarlal, Khoon Pasina, Do Aur Do Paanch, Satte Pe Satta, Inquilab, Agneepath etc.

During his career, Mrinal Sen’s films received awards at almost all major film festivals, including Cannes, Berlin, Venice, Moscow, Karlovy Vary, Montreal, Chicago, and Cairo. Retrospectives of his films have been shown in almost all major cities of the world. He was also elected as the president of the International Federation of the Film Societies. He received the Taj Enlighten Tareef Award which is given for a lifetime contribution to the world of cinema in 2008. He also received the Lifetime Achievement Award at the 10th edition of the Osian's Cinefest Film Festival 2008.