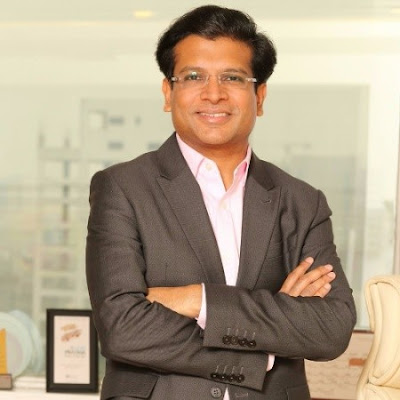 Spice Money achieves a massive Gross Transactional Value of INR 2400 crore during the month of April exclusively, carries out 12 million transactions within this period

Introduces a slew of product offerings such as Spice ATM to enable debit card based transactions, takes further strides in its aim to achieve nationwide financial inclusion

National, 15th May, 2019-Spice Money, a business unit of Spice Digital and one of India’s largest tech-enabled Hyper Local Payments Network, recently achieved a feat of carrying out 12 million transactions within the month of April. The transactions generated a massive Gross Transactional Value of INR 2400 crore, firmly establishing Spice Money as a preferred platform to carry out financial transactions for the unserved and underserved population in the country. Spice Money has introduced new product offerings and enriched existing ones to further its goal of extending digitized transactional benefits to a large section of people who have little access to conventional financial facilities.

Considering the same, it is no surprise that during the month of April only, 5 million unique customers have walked into Spice-money affiliated stores and carried out transactions. The platform has enabled next door Kirana stores to function as ‘Mini-Banks’, and users can also realize transactions ranging from utility bill payments, domestic remittances, travel-related transactions, Cash Deposit, Cash Withdrawal, Air Time Recharge, POS Services, Railway Ticketing Services etc. through Spice Money’s authorized agents.

Commenting on the achievement, Dilip Modi, Chairman, Spice Money, said, “The April figures underline the strong growth trajectory Spice Money has achieved over a considerable period of time. We have strived to diversify our services framework significantly, and have already acquired licenses such as Prepaid Instruments License and Bharat Bill Payment System license. We have also partnered with leading service providers across verticals, such as Yatra for travel-related transactions, to offer seamless financial experience.   We hope to expand our footprint even deeper in India and serve as the bridge between the served and the un-served, providing financial services to every individual with limited accessibility.”

Spice Money has also created substantial employment opportunities by appointing Village Level Entrepreneurs and empowering them through a cutting-edge ‘Cloud Infrastructure.’ For its continued efforts in bridging the gap between ‘India’ and ‘Bharat’ Spice Money was bestowed with the NPCI Excellence Award in 2018.
Posted by editor-manu-sharma at 7:18 PM