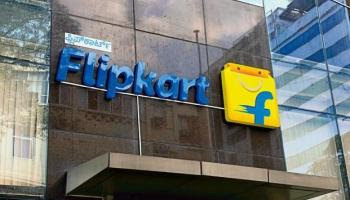 Flipkart, the country’s largest e-commerce entity, announced the launch of a data centre in the city, besides investment in the state (Telangana) to strengthen its technology infrastructure.

This is Flipkart's second data centre in the country, the first being in Mumbai. It says the new one (built in partnershop with CtrlS) is part of one of the largest cloud deployments in the country, to strengthen its growing marketplace e-commerce business.

"In our growing e-commerce business, data centres play a critical role. We recognise the tremendous opportunity for sustained data-driven transformation in India and are pleased by the support we have received from the state government," said its chief corporate affairs officer, Rajneesh Kumar.

Flipkart had built its own data centre infrastructure much earlier, to store and manage the enormous data that gets generated from online sales, involving customers and sellers. It has developed its own technology tools, without having to depend on the cloud platforms of larger players like Micrsosoft or AWS for its data storage requirements or analytics.

Hyderabad is considered, after Mumbai, the most secure place for data storage and business continuity plans by many companies, which usually keep their data in separate locations to cope with any extreme eventuality. The BSE stock exchange's second data server, for instance, is also in Hyderabad.

Flipkart's technology prowess was publicly hailed last week by Walmart chief executive Doug McMillon (the US retailing giant bought majority control in Flipkart last year) during his visit to the company's Bengaluru headquarters. Among other things, he'd said Walmart would try to use some of Flipkart's superior technology tools across the former's facilities.

Flipkart refused to divulge details of the data centre, citing security requirements. The Hyderabad facility is expected to enhance the company's overall preparedness for large-scale operations, adding to the technology capabilities in its cloud platform software.

"Telangana was the first state to come out with a dedicated policy on data centres. To see such encouraging results come out is very satisfying for all of us. We welcome Flipkart and its team," said Jayesh Ranjan, the state government's principal secretary, information technology.
Posted by editor-manu-sharma at 9:07 AM