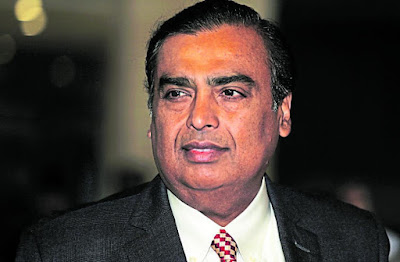 Mukesh Ambani-led Reliance Industries on Thursday posted the highest quarterly net profit by any Indian private sector firm with a 9.8% rise in earnings in the period ended March 31 after robust business in retail and telecom sectors offset a dip in oil refinery margins.

The record profit for the year came in a period of heightened volatility in the energy markets, he said, adding pre-tax profit has more than doubled in the last five years to Rs 92,656 crore.

“Focus on service and customer satisfaction led to higher numbers of subscribers and footfalls across our consumer businesses, driving robust revenue growth. Our endeavour is to create better experiences for our customers, leading to a better-shared future,” he added.

“Reliance Retail is the only Indian retailer to be in the top 100 global retailers list and the 6th fastest growing retailer globally as per Deloitte’s Global Powers of Retailing 2019,” the statement said.

Reliance Jio, the group’s telecom arm, posted a standalone net profit of Rs 840 crore, which was 65% more than the previous year, as subscriber base swelled to 306.7 million from 280.1 million at the end of the December quarter.

Earning per subscriber, however, declined to Rs 126.2 a month from Rs 130 in the previous quarter.

The operator of the world’s largest oil refining complex saw pre-tax earnings from the business decline for the fourth quarter in a row. Pre-tax earnings fell 25.5% to Rs 4,176 crore as margins dipped.

It earned $8.2 on turning every barrel of crude oil into fuel as compared to a gross refining margin (GRM) of $11 per barrel in January-March 2018.
Posted by editor-manu-sharma at 11:13 AM