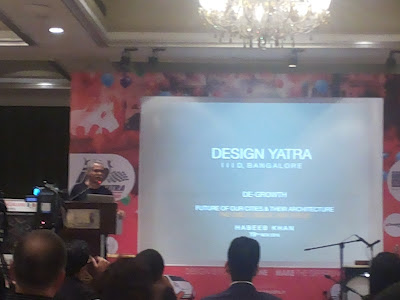 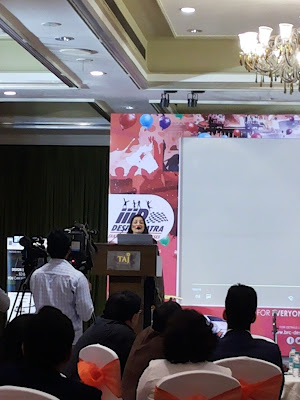 The Institute of Indian Interior Designers (IIID), Bangalore Chapter organized a Design Yatra – Talking Design to the Masses at the Taj Westend in the city on November 19, 2016. As per the initiative, the institute organized Design Interventions at a slum in Vyalikaval and among other initiatives also flagged off a motorcycle rally to Nandi Hills.

Speaking to the media, Shymala Prabhu, Conveynor of IIID, Bangalore Chapter says, “We have been doing this initiative for the last few years. Our chapter also flagged off a Nano car rally to Goa covering the length and breadth of the country. Also as per the Design Intervention visited a slum in Vyalikaval to design a plot of 10x7 feet for the project. Besides also held several roadshows at colleges and the star attraction was the presentation by nationally-renowned architect A.R. Habeeb Khan.”

Infact, the Nano car rally was flagged off from Indore in February, the year-long yatra will cover 15,000 km and reached Bangalore from Kochi on November 19, 2016 as part of the celebration. The rally will again travel on to Mangalore and Manipal before reaching Goa for the next chapter to take forward.

Similarly, a bike ride was among the many events marking the 15-day social and design extravaganza which aims to take design to the masses. Other events included panel discussions with eminent architects and citizens, heritage walks across the city, and a series of student competitions for various social initiatives.

As per the schedule, IIID also held a motorcycle rally for its members on November 20 from Vidhana Soudha  to Nandi Hills. The bikers rode to a century-old heritage temple at the foothills of Nandi Hills on Sunday as part of the Bengaluru leg of Design Yatra, organized by the IIID.  Most of the bikers were architect members from IIID.
Posted by editor-manu-sharma at 8:07 PM