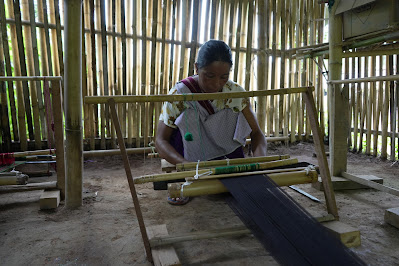 A society cannot succeed until all its individuals are treated equally and given equal opportunities regardless of its gender, sex, socio-economic background, religious beliefs. Women empowerment is no longer a topic of discussion but a reality that the world is striving to achieve. India has always been a country where women have been treated with dignity and respect through centuries. Our customs and beliefs honour women and the place they hold in our society. Meghalaya as a state has always been ahead of the time when it comes to women empowerment. It is one of the few societies in the world that boasts of a matrilineal society where women lead the family and pass down their heritage through generations, unlike most of the world. Keeping true to its roots, the Government of Meghalaya in the year 2020 pledged to commit towards gender empowerment practices. Having the ability to generate money, owning one’s own tools of production, having a voice in economic policy decisions, and honing one’s ability to effectively manage one’s finances are all crucial components of economic liberation.

Meghalaya also known as the Abode of Clouds is a state that exudes incredible natural beauty with its cascading waterfalls, pristine rivers, natural caves and a colourful cultural heritage. Meghalaya is inhabited by many distinct tribes, the most prominent being the Khasis, the Garos, and the Pnars. The State is blessed with unforgettable landscapes with its table-top heights and high plateau providing scenic views that are unparalleled. Despite its long history of matrilineal heritage, Meghalaya also has the highest female mortality and lowest gender equality rates in India. The 2020 reservation policy was designed to address this concern.

Self-Help Groups (SHGs) have emerged in recent years as one alternative strategy for improving the lives of the poor and disenfranchised, notably in India's rural areas. Economic empowerment is taught through Self Help Groups. The State thinks that if more women participate in politics through microfinancing self-help groups (SHGs) and positions in Village Election Councils (VECs), it will lead to improved results in those areas as well as in the job market, health care, and academic performances. State-wide, the formation of SHGs and VOs (Village Organizations) is on the rise. The number of SHGs and VOs has been on the rise from the beginning of the current decade, roughly from 2019 to 2020. Capacity building for institutions was a priority from the outset, as seen by this. In the past two years, efforts have been directed at expanding the scope of the programme throughout the state. To address the relatively small number of VOs that have access to VRFs (Vulnerability Reduction Funds) and SHGs that have access to bank loans, the government implemented measures to enhance the size of loans to members and vulnerable families. There’s been a quantum jump in SHGs- from 5,814 SHGs in 2018 to 38,115 SHGs in 2022 which saw mobilization of women from about 3.16 lakh households. Since 2018, corpus to the tune of Rupees 97 crores has been disbursed to SHGs with about 2903 Vos promoted. There have been effective bank linkages of about 94.5% channelizing 36,070 SHGs. In another significant move, government announced 50% reservation for women in VECs to promote women leaders.

Through a variety of programmes, the State Government is working to encourage and promote women entrepreneurs in areas such as Handloom, Piggery, Milk, Processing Units, Sanitary Napkins, and other Manufacturing Units. In addition, the Government has implemented several different initiatives within the handloom industry to promote local products.

Posted by editor-manu-sharma at 12:03 PM