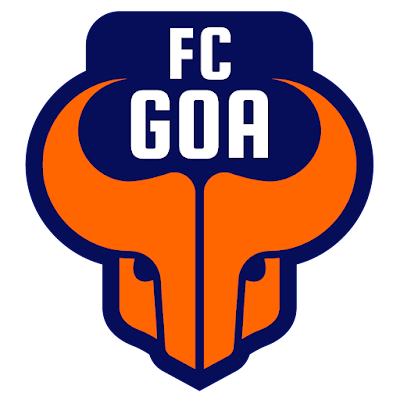 Coming from back-to-back losses against ATK Mohun Bagan and Hyderabad FC, FC Goa would be aiming for nothing less than the three points and a win on Sunday, when they take on NorthEast United FC at the Indira Gandhi Athletic Stadium in Guwahati.

The Gaurs, currently in sixth place on the standings with 19 points, may be in contention for the playoffs right now but need to step up in terms of performances to qualify for the next stage of the league - especially with seventh-placed Chennaiyin FC slowly catching up to them.

Having beaten NorthEast United in the reverse fixture in December, Carlos Pena and his boys will want to do the double over them come Sunday, as it would also help get their league campaign back on track.

“SInce the arrival of the new coach, they have improved. They also won against ATKMB and other teams have struggled against them at home. This month, they’ve also signed a few new players to add to their strengths. Overall, tomorrow’s game will be tough hence,” he said at the pre-match press conference on Saturday.

The 38-year-old also opined that his team has been playing without fear, an encouraging sign for themselves.

“I feel that we’re not far away from the best version of ourselves. We have been playing without fear. Even in games where we could not get positive results, we played bravely and fought hard till the end, and we’ll do more of this tomorrow as well.

“The remaining seven games in the season are all like finals for us. It all starts tomorrow, and we want nothing less than the three points,” the Spaniard concluded.

FC Goa began the Indian Super League 2022-23 season on a strong note winning three of their first four games. That said, they have not been able to fully capitalise on this fine start, and they currently are just three points ahead of seventh-placed Chennaiyin FC.

The Gaurs should now look to take home as many points as possible in their remaining seven matches, to ensure that they finish within the playoff spots.

As mentioned earlier, they have a fine opportunity to get their campaign back on track this Sunday, as they face a struggling NorthEast United side.

The Highlanders have managed just one win in 13 matches, and are at the bottom of the table right now. They also had to change coaches midway through their campaign following a disappointing run of results. All of these factors should give Goa confidence ahead of facing them.

When the two teams faced each other earlier in the season, the Gaurs kept a 2-0 lead till the last minute when a penalty goal from NEUFC cut short their lead. Pena’s boys still won, and rather convincingly too as they were able to play to their strengths for a greater part of the match.

Winning Sunday’s match will take FC Goa to 22 points, just one short of fifth place Odisha FC. It will also give the Men in Orange a boost to their mentality as they prepare for more challenges against Kerala Blasters and East Bengal FC later this month.

FC Goa is a professional football club based out of Goa that competes in the Indian Super League (ISL). Nicknamed the Gaurs, FC Goa has been one of the most consistently successful teams in the ISL - reaching 4 semi-?nals and 2 ?nals in 8 seasons.

Heading into the 2022-23 season of the HISL, FC Goa holds the record for most wins, most goals, most golden boots and most number of playoff appearances in the history of the competition.

FC Goa became the first team from India to qualify for the league stages of the AFC Champions League in 2021 by virtue of winning the first-ever Hero ISL League Winners Shield in the 2019-20 season.

Co-owned by Mr Jaydev Mody, Mr Akshay Tandon and Mr Virat Kohli, FC Goa is one of the few Indian Clubs to have a complete youth development ecosystem. Its U14, U16, U18 and Developmental Teams compete at the highest levels in Goa and India.

Posted by editor-manu-sharma at 12:01 PM