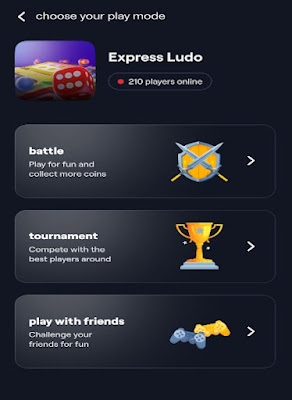 * Vi customers can now invite friends & family members, even including non-Vi users, to play together

* Users can play in groups, participate in tournaments & win exciting gifts, all with Vi Games on Vi App

social games_play modeWidening the participation opportunity for multiplayer gaming on the Vi Games, Vi has extended the service to non-Vi users as well. A Vi user can invite anybody, irrespective of whether they are Vi or non-Vi users, to play along with them.

Vi Games along with its gaming partner Maxamtech Digital Ventures has launched the multiplayer and competitive games in three unique modes.

1.      Tournament Mode: The gamers can go head-to-head with the best on the leader board

2.      Battle Mode: The users can play competitive games with anyone online

3.      Friends Mode: The gamers can challenge or invite friends and family to play along

Users can earn reward coins and redeem the coins to either play more games, participate in big tournaments, or to avail exciting gifts.

Commenting on the initiative, Avneesh Khosla, Chief Marketing Officer, Vodafone Idea, said, “Gaming is one of the biggest segments in the entertainment category and is expected to garner even a higher share in the time and money spent by users over the next few years. Mobile gaming is a key agenda for us to drive engagement with our consumers. We had launched Vi Games a few months back and are now extending our offering to social or multiplayer gaming which is  a natural progression towards our objective of establishing Vi as a preferred destination for both, casual as well as serious gamers.”

“Our growth strategy is based on deep-integrated partnerships to bring a wide choice of content across genres for our users. We are confident that this new partnership will not only elevate the gaming experience of our consumers but will also take us ahead on our digital roadmap.”