This World Music Day, Lift Up Your Spirit, With MTV BEATS, Vh1 And MTV #LiftUpWithMusic 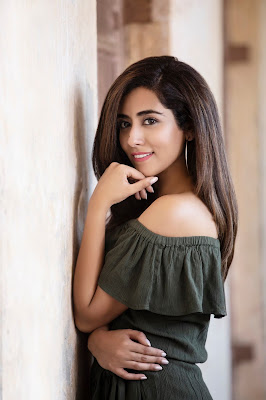 Did you know that music is still the no.1 stressbuster for youth, trumping sleep or talking to friends/confidantes? As per MTV Youth Study 2021, youth chose music 44% of the times when under stress in 2020, compared to 20% in 2018-19.

As it is truly said, ‘Where words fail, music speaks.’

While we continue our struggle with coming to terms with the new normal, that has limited human interaction as much as leaving us feeling forlorn, the biggest respite has been courtesy music. With an endeavour to celebrate this power and beauty of music that binds us therapeutically and helps us lift up our spirits, this year, some of the leading artists across India have decided to come together for World Music Day Lift Up on MTV BEATS, Vh1 and MTV #LiftUpWithMusic. Hosted by the euphonic Jonita Gandhi, this music concert will be the one-stop destination for unplugged music, positive affirmations by artists, interactive sessions, candid conversations, and more, on Monday, 21st June.

Excited to host World Music Day Lift Up, Jonita Gandhi said, “The ongoing pandemic and lockdown continues to present us with unprecedented tough times. Having said that, I believe it also gave us a chance to reignite our passion for music in ways that have been truly fulfilling. World Music Day Lift Up on MTV BEATS, Vh1 India and MTV India is a perfect platform for all of us to share our experiences with a universal emotion that binds us together- music. This one’s dedicated to our concerted love for songs and melodies.”

All set to spread amity with their musical prowess, Salim-Sulaiman said, “Music is synonymous to healing. In the times we’re living in, it is imperative to channel your energies in the right direction and not let negativity deter your spirits. Our love for the craft has kept us going during this pandemic-induced lockdown. We’re happy to be able to do our bit for World Music Day Lift Up on MTV BEATS, Vh1 India and MTV India. Looking forward to an interesting celebration replete with great music and inspiring stories.”

Ankur Tewari added, “This year, the celebration of music will be different yet special for each one of us. Music has been instrumental in helping people relive the good old days and at the same time, instil positivity for a better tomorrow. World Music Day Lift Up on MTV Beats, Vh1 and MTV India echoes a beautiful emotion and I’m thrilled to be a part of it. A fun and uplifting sessions awaits all of us.”

When it comes to being emotionally healthy, music surpasses all other forms of relaxation, by miles. So, get set to relax and immerse yourself into the musical spectacle, that is, World Music Day Lift Up on MTV Beats, Vh1 and MTV #LiftUpWithMusic. Don’t miss out:

Launched in 2016, MTV Beats is a 24x7 Hindi music channel with a focus on Bollywood. MTV BEATS combines specially curated music playlists with thematic shows and interactive features to become the music companion for every situation - from working out in the morning to partying all night and everything in between. To give the audience’s life a unique beat, MTV Beats has defined the week into mood-based themes and curated playlists accordingly, thereby making music viewing a more relatable experience and is known for fun filled shows such as Baba Ki Chowki and Ad-Free Mornings. MTV Beats is also known for special playlists curated by celebrities which include FitStop with Sunny Leone, Dil Beats with Darshan Raval and House Party with DJ Chetas and much more.

Vh1 is India’s only 24-hour International entertainment channel that provides viewers with their daily dose of International music, Hollywood, Pop culture and Lifestyle. Vh1 is a part of Viacom 18. Since its inception in January 2005, Vh1 has grown tremendously reaching over 75 million people in India. Vh1 India has grown the English music audience by 180% in the last 5 years alone. The channel has pioneered the heady combination of programming content and lives on ground activities. Vh1 has been committed to bringing to Indian audiences the best of international music genres like EDM, punk, rock, reggae, hip hop, pop, jazz etc. Through their international properties like “Rock Rules”, “Jazz Masters”, “Hip-Hop Hustle” & “Handpicked”. Vh1 has successfully brought down, artists such as Anoushka Shankar, Wyclef Jean, Kardinal Offishall, Mobb Deep, Flipsyde, Jazz legend Herbie Hancock & chart topper Simon Webbe. From 2011, Vh1 India also secured a multi-year deal for Music’s Biggest Event – The Grammys. This deal has spearheaded Vh1 as the No.1 viewing destination for the youth in the English entertainment and lifestyle space. Globally, Vh1 is available across 148 million households in over 124 countries/territories.

MTV, the world’s premier youth brand, is a dynamic and vibrant blend of music and pop culture. With a global reach of more than half-billion households, MTV is a cultural home to the millennial generation, music fans, and artists. 50 MN fans following MTV across show pages on social media have made it one of the top brands in social influence as well. MTV consumer products are available across 35+ unique categories through strategic brand licensing tie-ups, leading to combined retail sales of 100+ crores present across all key online and off-line channels of distribution. MTV has a buzzing MTV Live business with properties like MTV Video Music Awards and MTV Bollyland. Aiming to entertain, lead and collaborate with young people through its evocative communication and youth relevant shows like Hustle, Roadies, Splitsvilla, Coke Studio@MTV, MTV Unplugged, MTV Girls on Top, MTV Love School and keep them engaged through various cause led initiatives such as MTV Rock the Vote and MTV The Junkyard Project.

Viacom18 Media Pvt. Ltd. is one of India's fastest-growing entertainment networks and a house of iconic brands that offers multi-platform, multi-generational and multicultural brand experiences. A joint venture of TV18, which owns 51%, and ViacomCBS, with a 49% stake, Viacom18 defines entertainment in India by touching the lives of people through its properties on-air, online, on-ground, in-shop and through cinema.

Posted by editor-manu-sharma at 9:44 AM