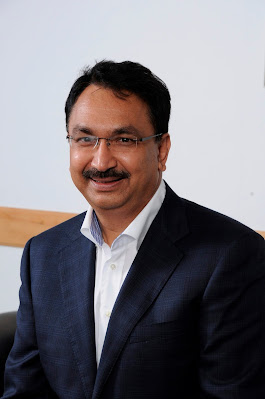 * Mr. Kirloskar has been conferred with this coveted award for his ‘Excellence in Corporate Leadership in Metallurgical Industries’

Toyota Kirloskar Motor India’s Vice Chairman, Mr. Vikram Kirloskar was today honoured with the prestigious IIM-JRD Tata Award for 2020 by the Indian Institute of Metals (IIM).  The award was conferred to him for his service to the country through his ‘Excellence in Corporate Leadership in Metallurgical Industries’.

In a digital event held on February 24, 2021, the IIM-JRD Tata Award for 2020 was handed over to Mr. Kirloskar, in the auspicious presence of the Honourable Minister of Steel Mr. Dharmendra Pradhan, and the Honourable Minister of State for Steel, Mr. Faggan Singh Kulaste. The event was attended by many other distinguished industrialists, academicians, and researchers from across the country.

Expressing his gratitude upon being bestowed with such an honour, Mr. Vikram Kirloskar, Vice Chairman of TKM, said “It is a privilege to receive this award as it is a much appreciated recognition and encouragement. I have strongly been guided by a vision of making India a world-class manufacturing hub & my commitment has always been towards developing world-class manufacturing competencies and building great talent, thereby driving a socio-economic growth agenda which fosters growth not just for the company but for the people, the society and the country at large. I am thrilled to receive this award as it is a true testimony to our efforts in this direction”.

Mr. Vikram Kirloskar is the 4th Generation scion of the Kirloskar Group. He is the Chairman and Managing Director of Kirloskar Systems Ltd. and the Vice Chairman of Toyota Kirloskar Motor Pvt. Ltd. Mr. Kirloskar’s contribution to the industry has been pivotal, having held and lead several prestigious positions in SIAM, CII & ARAI.

Posted by editor-manu-sharma at 5:56 PM