EuroKids International School Appoints Mr. Bijou Kurien To Its Board 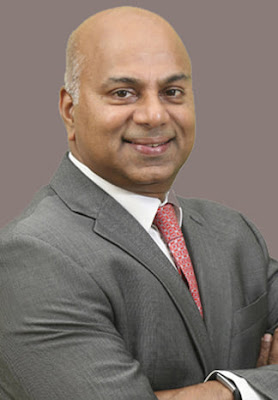 EuroKids International, a leading Education company in India backed by global investment firm KKR has announced the addition of Mr. Bijou Kurien as a new board member to the EuroKids International Group. A retail sector veteran, Mr. Kurien is highly credited for his contribution to the development of the Indian retail sector. He has also been associated with several marquee brands in the fast moving consumer products and consumer lifestyle sectors in India, for over 34 years.

Mr. Kurien is a science graduate and has also completed his post-graduation in Business Management from XLRI, Jamshedpur. Kurien is an Independent Director on the boards of several listed and unlisted companies, and advises select consumer product companies and mentors a few start -ups.  He is presently the Chairman of the Retailers Association of India (RAI).  Mr. Kurien is also a member of the World Retail Congress since its inception, as a member of its Advisory Board as well as the Grand Jury for selection of the World Retail Award winners. In addition to retail industry foray, Bijou is the Mentor of the FICCI National Retail Committee, and Governing boards of various academic institutions.

Welcoming Mr. Bijou Kurien to the board of EuroKids International Group, Prajodh Rajan, Co-founder and Group CEO, EuroKids International, said, “We are excited to have Bijou join our board of directors. He joins EuroKids at an exciting time in which we are poised to grow multi fold and are fast expanding into newer market segments. Our organization will greatly benefit from Bijou’s extensive knowledge of consumer behaviour, marketing, retail and from his prior experience across a range of sectors.

“I’m delighted to join the Board of Directors at EuroKids International and am looking forward to assisting the organization at a strategic level by leveraging my retail & consumer experience as we create more access points for furthering high quality education in the country. With EuroKids Group, I see the opportunity to build a scaled education organization that can cater to the growing aspirations of the Indian parents”, said Mr. Kurien.

As India’s leading Early Childhood Education & K-12 Education company, delivering the ‘Joy of Learning’ is at the heart of EuroKids International. By enhancing its pedagogy and consistently building a holistic, nurturing and secure learning environment for children, EuroKids is coming closer to its vision of REINVENTING EDUCATION in the country.  Over the last 2 decades, EuroKids International has played an active role in the evolution of the education landscape. With its portfolio of brands - EuroKids Preschool, Kangaroo Kids Preschool, EuroKids DayCare, EuroSchool & Billabong High International, EuroKids is committed to delivering a robust foundation for future generations. The group’s ‘Child First’ ideology ensures that growth and engagement needs of a child are met in a home-like environment. Child safety focus and ensuring active engagement with parents during these crucial developmental years of the child is what makes EuroKids, a child’s Second Home. EuroKids, with its presence in over 360 cities with 1,200+ pre-schools and 38+ Schools, is achieving new milestones in education every day.

Posted by editor-manu-sharma at 8:44 PM