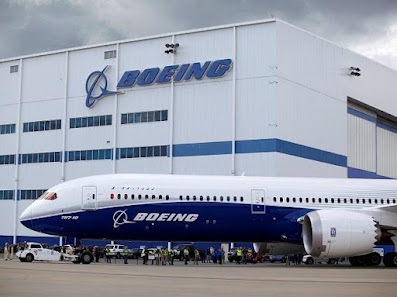 The Karnataka government has finally approved the setting up of US aerospace major Boeing’s new engineering and product development facility near Bengaluru.

Boeing will invest Rs 1,152 crore on the facility, which is touted to be its second largest outside its headquarters in Seattle. The terms and conditions of the company’s investment proposal were finalised and approved by the government during the last Cabinet meeting two weeks ago, an government official said. A high-level delegation of Boeing officials met Chief Minister H D Kumaraswamy and discussed the investment proposal.

The Boeing facility, spanning over 36 acres, will be located at the Aerospace Park near Kempegowda International Airport. Once completed, the project is expected to generate around 3,000 jobs. “The recent approval is with regard to lease conditions. There were certain relaxations made in some categories which were considered critical and prestigious for the project,” said the official in the industries department. The State High-Level Clearance Committee (SHLCC), headed by the the chief minister accorded an in-principle approval to the Boeing proposal.

However, if sources are to be believed, there was a stalemate between the government and the Seattle-based commercial aircraft major over the lease agreement. The company is expected to start work on its Devanahalli facility by the end of this year. “They want to have a function in December. Given the urgency they have shown in the project, I believe they want to start at the earliest,” the official said.

According to the official, the company would work on new product development, develop new technologies, components and assemblies of control equipment at the proposed facility. “It will develop a wide variety of products. It will focus on all categories including passenger aircraft, military aircraft of different sizes as well as unmanned aerial vehicles,” the official said.

Earlier, Boeing had said that it expects Indian airlines to order up to 2,100 new aircraft worth $290 billion over the next 20 years which, according to the plane maker, is the highest-ever forecast for the country.

It also had said it expects single-aisle planes like the next generation 737 and 737 Max to account for most of the deliveries.