BAFTA Forays into India, Opens Applications for its Breakthrough Initiative, Announces A R Rahman as Ambassador 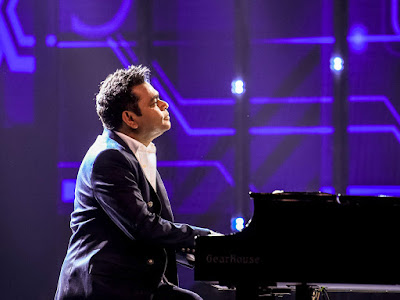 * In partnership with Netflix, ‘BAFTA Breakthrough India’ will showcase and support emerging stars of film, games, and television in 2020-21

The British Academy of Film and Television Arts (BAFTA) today announced that applications are now open for BAFTA Breakthrough India, supported by Netflix. The initiative marks BAFTA’s first steps into India, showcasing and supporting the next generation of creative talent in film, games and television globally alongside the UK, USA and China.

BAFTA also announced today, A. R. Rahman as the ambassador for BAFTA Breakthrough India 2020-21. This association with Rahman marks the continued development of creative relationships between the UK and India, enabling and supporting collaboration between the two nations and showcasing the incredible talent India has to offer across different regions on a global scale.

‘BAFTA Breakthrough India’ is the international version of the highly successful Breakthrough initiative, which has been running in the UK since 2013, China since 2019 and has launched in the USA this year, supporting over 130 emerging talent to date. Encouraging creative and cultural exchange between some of the major centres of film, games, and television in these countries, and (now) India; the programme has supported individuals such as Tom Holland, Letitia Wright, Florence Pugh, Jessie Buckley, Josh O’Connor, and Callum Turner. Supporters of the initiative in recent years also include actors Olivia Colman and Tilda Swinton, actor-producer Brad Pitt, directors Tom Harper and Barry Jenkins, game designers Brenda Romero and Tim Schafer, and actor-writers Sharon Horgan and Amy Schumer.

In 2020-21, BAFTA in partnership with Netflix will identify, celebrate, and support up to five exceptional talents working in film, games, or television in India, through this first of its kind program in the country. By showcasing talent globally, BAFTA Breakthrough aims to catapult their success by offering bespoke and mutual support – helping them to learn more about the industry, overcome barriers to progression, and network globally with people who can influence their careers.

A.R. Rahman, composer and BAFTA Breakthrough ambassador, said:“I am happy to be working with BAFTA to discover some of the amazing talent that India has to offer in film, games and television. This is a unique opportunity for promising artists to be supported by a world-renowned organisation, to not only make connections with other talented creatives across the world but to be mentored by BAFTA-winners and nominees. I am looking forward to seeing the brilliant talent chosen from India to be showcased on a global stage.”

“BAFTA is excited about extending its learning and new talent programme into India, discovering and showcasing the amazing creative talent this country has to offer to the world, and bringing new opportunities for the industry,” mentions Amandy Berry OBE, Chief-Executive, BAFTA. “The launch of Breakthrough marks our first move into India and we hope this is the start of a longer and deeper connection between BAFTA and India, encouraging different and diverse storytelling through increased cross-cultural collaboration. I am also incredibly grateful for the invaluable support of our brilliant Ambassador A. R. Rahman, an industry leader in his creative work and someone who shares our passion for identifying and nurturing new talent. ”

“BAFTA is uniquely placed to facilitate creative partnerships across the moving arts, being one of the only art charities to work across film, games, and television and on a global scale,” mentions Tim Hunter, Director of Learning and New Talent, BAFTA.“India is a fascinating centre for the screen arts – it is a mature industry with lots of creative diversity, which extends far beyond the world-famous ‘Bollywood’. Some of the best practitioners in the world work in Indian film, games, and television – and practitioners from around the world have much to learn from them.”

BAFTA will work closely with local cultural bodies and industry in India to reach each sub-region's unique landscape and identify excellent individuals who have shown creative promise in film, games, and television. Participants will be selected by a jury comprising leaders from across India’s moving arts industries. The five chosen participants will be offered a year-long support programme from BAFTA and be showcased across India and the UK. They will also receive one-to-one mentoring, guidance sessions, global networking opportunities, free access to BAFTA events and screenings for 12 months, and full voting BAFTA membership as part of Breakthrough. It will enable the chosen talent to connect with and learn from some of the best in the British and Indian creative industries, share their expertise with peers around the world, gaining access to opportunities beyond geographical borders.

The Breakthrough programme will also be supported by a series of masterclasses, which will feature primarily UK and Indian talent, and which will be open to all, thus expanding the impact of the programme in India.

Applications for the programme are announced as open on 30th November 2020. Eligible candidates can apply on the BAFTA Website.

The British Academy of Film and Television Arts (BAFTA) is a world-leading independent arts charity that brings the very best work in film, games, and television to public attention and supports the growth of creative talent in the UK and internationally. Through its Awards ceremonies and year-round programmeof learning events and initiatives – which includes workshops, masterclasses, scholarships, lectures, and mentoring schemes in the UK, USA, and Asia – BAFTA identifies and celebrates excellence, discovers, inspires, and nurtures new talent, and enables learning and creative collaboration. For advice and inspiration from the best creative minds in working in film, games, and television, visit www.bafta.org/guru.

Posted by editor-manu-sharma at 3:27 PM