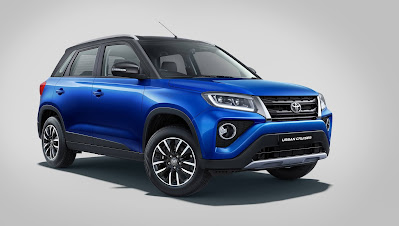 Commenting on the month’s performance, Mr. Naveen Soni, Sr. Vice President, Sales & Service- TKM said, “We are seeing demand pick up and a lot more confidence in our dealers, thereby witnessing a 14 to 18% growth in orders when compared to last few months. September has been our best month so far, ever since the pandemic hit us in March 2020. Factors leading to this can be attributed to the pent up demand amongst customers as well as the onset of the festive season.

In terms of production, our manufacturing side has gone back to two shift production a day, thereby supporting us to keep up with the demand. Another factor leading to such demand could be attributed to the new launches in the market. TKM also announced the launch of Urban Cruiser in September and we have got a very good response from our customers and the market, ever since we opened the bookings for Urban Cruiser. We are grateful towards our loyal customers who have pre-booked the Urban Cruiser as this reiterates their trust and faith on brand Toyota,” he concluded.