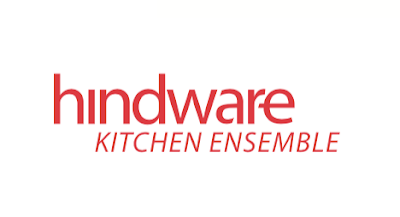 * Led by an entertaining TVC, and supported by 360-degree marketing activations, the integrated campaign runs across geographies and languages in India

Somany Home Innovation Limited, makers of ‘Hindware Appliances’ and one of the leading players in auto clean chimney segments in India, is proud to introduce its breakthrough technology and design innovation with the new TV Campaign for Adonia Hob with MaxX Safe Technology. Ahead of the festive season, Hindware brings to its customers another innovation in its range of hobs in form of the Flame Failure Device (FFD). This device automatically cuts off the gas supply whenever there’s an accidental leakage, when the flame goes off.

Conceptualised and created by DDB Mudra, the TVC brings back Neha – a smart and modern woman - and her snooping and gossipy neighbour Evilika who were part of last year’s beloved and popular Titania TVC as well. Neha is shown boiling the milk over the hob just as Evilika enters and starts gossiping. However, she gets distracted by Neha’s new stylish Hindware Hob and is shown getting curious and jealous about the new appliance. She fidgets with the knobs but is surprised to note no leakage of gas. On closer examination of the hob – as Neha steps asides – Evilika marvels at the new Flame Failure Device.

The campaign aims to highlight the MaxX Safe technology which prevents the gas leakage in case the flame gets off while the knob is in the ON position. The TVC emphasizes on the dual convenience that the Adonia Hob provides – handiness in cooking and safety from fire-related mishaps and not to forget the appealing aesthetics of the hob.

With this TVC, Hindware Kitchen Ensemble is taking a 360-degree marketing approach for the coming festive season. The campaign will be present across various platforms such as electronic, print & digital. For a wider reach, the TVC will be aired on key regional channels in languages like Bengali, Kannada, Tamil, and Telugu including prominent News channels.

Mr. Kaul further added “We received an overwhelming response to the TVC for Titania series and we decided to bring back the creativity to underscore the innovation in form of the Flame Failure Device in the hob series. This is a revolutionary addition to our range of hobs and a testament to Hindware’s legacy of creating symbiosis between consumer requirements and superior technological solutions. With the Adonia series we aim to endorse a safe and hazard-free environment and encourage the consumers to cook with the MaxX Safe Technology.”

Commenting on the commercial, Spokesperson from DDB Mudra said, “This Hindware HOB is a state-of-the-art kitchen appliance for users with an essential safety feature. The team has tried to create a realistic kitchen scenario in the story which revolves around the product and its main feature - Maxx safe technology.”

Posted by editor-manu-sharma at 5:57 PM