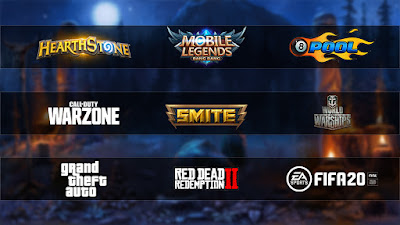 As part of the campaign, a team of highly respected gamers from NODWIN’s community has curated a list of their recommended games for different devices - mobiles, PCs and consoles. Some of the games are listed below:

Globally, the need of the hour is for people to stay home and help in their own way to flatten the curve. This global campaign is the gaming sector’s way of informing and encouraging the vast network of users to follow social safety norms. We have experienced a 25-30% hike in our viewership in the last few days. Gaming today has much to offer – from careful mathematical reasoning to the sheer exhilaration of walking away undefeated, and most importantly, to get our minds off the crisis.  Through games like these, we aim to share WHO’s important message of safety while letting our community know that they are not alone”, said Sidharth Kedia, CEO, NODWIN Gaming.

Through its strategic partnerships with global players & publishers including ESL, Mineski, Valve and Tencent, NODWIN Gaming has introduced Indians to some of the best global experiences ranging from IPs such as DreamHack & ESL India Premiership, merchandise, gaming influencer management services as well as digital streaming services.
Posted by editor-manu-sharma at 6:23 PM