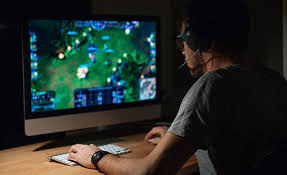 WinZO, the leading vernacular social gaming platform, has entered into a partnership with Tencent Games India to bring PUBG MOBILE tournaments on the platform. WinZO will be now conducting PUBG MOBILE’s free to enter e-sports tournaments with prizes over Rs.1 Crore per month.

WinZO crossed the 20 million install base mark in a record time of less than a year with 90% of its players playing from T2 to T5 cities of India. The platform has recorded more than 2 million bank accounts linked and is already clocking 200MM microtransactions per month. The average time spent is more than 55 minutes.

WinZO has deep penetration in the non-urban regions of Bharat (tier 3-5) 80% of the players are consuming the App in their own languages including Hindi, Bangla, Tamil, Telugu, Kannada, Gujarati, Marathi, Punjabi and Bhojpuri. With this WinZO has created a first-of-its-kind truly vernacular e-sports experience for the massively popular PUBG MOBILE. This will not only empower the gamers in Tier II to Tier V Indian cities to play the game but also make them acquainted with the rapidly emerging and prestigious e-sports leagues of the likes of ESL and Tencent’s own PUBG MOBILE global esports. This comes in after esports entered as an official category in the 2019 Southeast Asian Games.

Mr Paavan Nanda, Cofounder, WinZO Games, said: “This is one more step towards our endeavour to be all and end all destinations for a holistic entertainment experience. Tencent India’s trust in WinZO is a testament to our unique vision and our distinctive strategy to develop a Netflix of Gaming. Together we aspire to bring the best gaming experience to the mobile first audience of Bharat.”

WinZO offers 70+ games on its platform; to name a few- PUBG MOBILE, Cricket, Carrom etc; in multiple format like 24*7 Tournaments, Real time multiplayer format, and the Versus mode. The ticket for most games varies from Free entry to Rs. 25/entry.  With over 80% of the users consuming the app in regional languages, WinZO stands apart from the rest of the competition. This is well reflected in its performance.

WinZO is India’s largest vernacular micro-transaction led social gaming platform backed by marquee investors such as Kalaari and Hike. It is Kalaari’s second-biggest bet in the gaming category after Dream11. WinZO hosts multiple games where users compete in real time in multiple fun and engaging games to win a prize pool. WinZO has popular games such as PUBG MOBILE, Carrom, Cricket, Fantasy League, and Trivia based games. WinZO partners with developers and studios from across the world. It aims to solve for an efficient and better monetization of Games in developing economies which experience high engagements but yield lower Average revenue per user (ARPU).
Posted by editor-manu-sharma at 5:20 PM