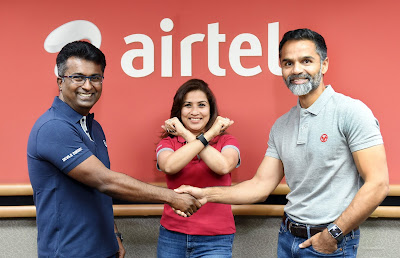 Spectacom, which has been conceptualised to produce path breaking digital content that allows people across languages, geographies and fitness levels to connect with each other and explore innovative health & fitness training programmes, is the brainchild of Adnan Adeeb and Zeba Zaidi, the creators of the highly popular Devils Circuit military-style obstacle races.

Spectacom will also carry the exclusive digital rights for the promotion of all content for brand Devils Circuit, including the new seasons of its popular shows – The College Frenzy & The Corporate Challenge.

A digitally connected world is witnessing increased awareness around Health & Fitness, with a growing tribe of young Indians taking up physically demanding X sports such as obstacle racing. Devils Circuit, which pioneered obstacle racing in India, has already built a community of two million followers. It is India’s largest sports property of its kind with presence in eight cities. And given India’s vast young population of appx. 600 mn under the age of 25 years, there is a massive opportunity to make available Health & Fitness based platforms that connect fitness enthusiasts deeper and wider across the country.

Airtel will work closely with Spectacom to help increase awareness and adoption of its cutting age Health & Fitness platform and encourage individuals to overcome mental barriers and achieve their full potential.  Spectacom will cater to India’s growing interest in staying fitter and healthier by creating training and nutrition videos along with live extreme sporting events.

Airtel will help Spectacom to deliver this exciting exclusive digital content through its platforms Airtel Xstream and Wynk Music directly into the homes and smartphones of hundreds of millions of Indians. This deep digital distribution reach will allow Airtel customers, including youth in small towns and villages, to discover this high octane content and make the fitness movement a part of the mainstream.

Says Adarsh Nair, Chief Product Officer, Bharti Airtel: “We believe that X Sports, which are all about fitness, aligns beautifully with our brand. Thanks to the deep penetration of mobile internet in India, the potential to grow the adoption of Devils Circuit style X Sports amongst India’s youth is immense. This also fits into Airtel’s strong focus on connecting with the youth and providing them digital platforms to fulfil their aspirations. We look forward to collaborating with Spectacom on this exciting journey.”

Adnan Adeeb, co-founder, Spectacom, echoed this thought and added that “As India is becoming a younger nation, it is also becoming a fitter one. Through our collaboration with Airtel, we aim at not just reaching millions with bespoke offerings around Health & Fitness but also give the fitness enthusiasts from around the country, a platform to shine! We have always believed that the real hero is the ordinary guy who overcomes   extraordinary challenges and this will be reflected in all our offerings. We are very excited at partnering with Airtel and look forward to bringing innovative content to life”

Spectacom is the second company to join the Airtel Start-up Accelerator Program. It allows start-ups to leverage Airtel’s robust ecosystem, including its core strengths in data, distribution, networks and payments. This includes access to a vast online and offline distribution network that touches 300m+ customers, deep market understanding and platform of global strategic partners. Further, start-ups also get access to advisory services from Airtel’s executive team.

Devils Circuit is now India’s biggest X sports platform with two million strong community, including young people from smaller towns who are breaking barriers and taking up X Sports professionally and participating in international competitions. Apart from international participants from over 16 countries, the editions also include army pros, blade runners, and even cancer survivors.

Bharti Airtel Limited is a leading global telecommunications company with operations in 18 countries across Asia and Africa. Headquartered in New Delhi, India, the company ranks amongst the top 3 mobile service providers globally in terms of subscribers. In India, the company's product offerings include 2G, 3G and 4G wireless services, mobile commerce, fixed line services, high speed home broadband, DTH, enterprise services including national & international long distance services to carriers. In the rest of the geographies, it offers 2G, 3G, 4G wireless services and mobile commerce. Bharti Airtel had over 418 million customers across its operations at the end of December 2019.
Posted by editor-manu-sharma at 3:43 PM