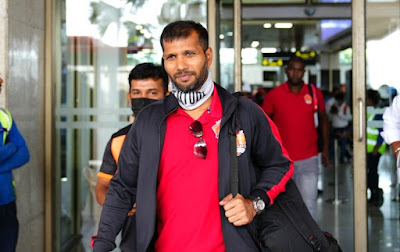 Indian batting great Virender Sehwag is back in his hometown as the Adani Sportsline-owned Gujarat Giants arrived in New Delhi for their Legends League Cricket matches.

A star-studded Sehwag-led side are unbeaten after winning their first two games and will look to complete a winning hat-trick when they clash against Harbhajan Singh's Manipal Tigers at the Arun Jaitley Stadium in New Delhi on Thursday.

Table-toppers Gujarat Giants had defeated Manipal Tigers earlier this season by two wickets during their first meeting in Lucknow.